A war moving toward a 20 year failure …. and centuries bear witness. The war in Afghanistan has a history, a more extended history than most every policy maker, pundit and political commentator has confronted directly or in passing. Roger Morris reminds our readers of a brutal past and of Bagram’s ghosts

What is the fate of the Afghan military in the long war against the Taliban and Afghan tribes? 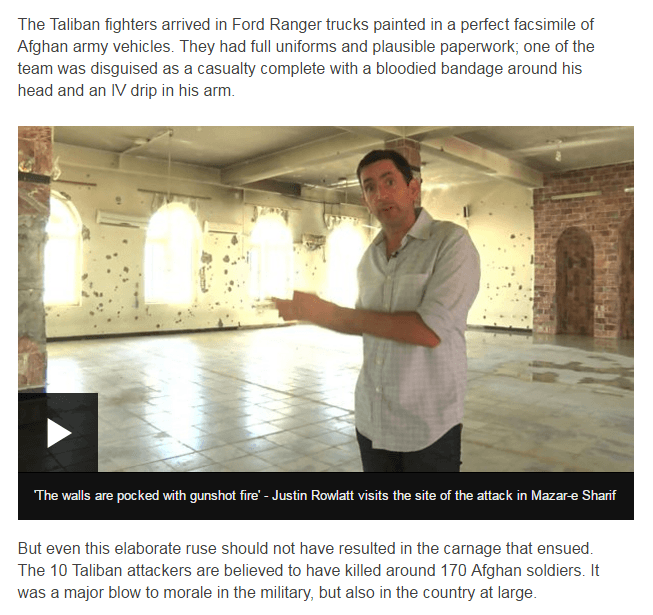 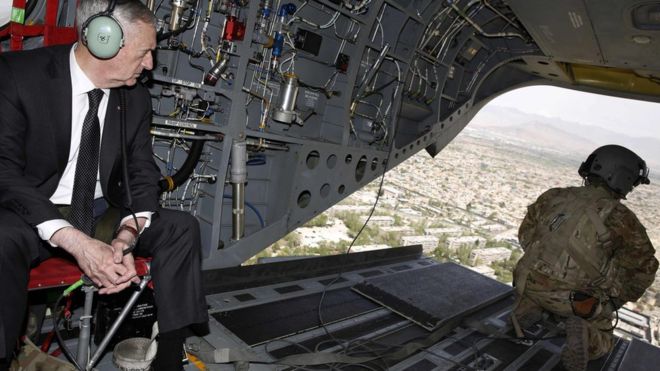 Via the Green Institute / GlobalPolicy Project

“I heard a loud boom,” Vice President Dick Cheney remembered of the suicide bomb at Bagram air base outside Kabul where he stopped over this week. Said to be aimed at Cheney himself, the attack left him untouched while killing twenty-one Afghan workers and two Americans—still more casualties in Afghanistan’s thirty-year, million-and-a-half-dead civil war.

In that setting, one hopes Cheney heard symbolically more than a “boom.” Bagram thunders with relevant ghosts, many of them American.

In the fourth century B.C. it was a fort in one of the first of so many ill-fated attempts to subdue the Afghans. Even Alexander’s campaign-hardened Macedonians were shocked when the local insurgents left battlefield dead to devouring wild dogs.

For ancient Afghans it was religious practice, but for invaders a telling mark of a people capable at once of tender poetry and chivalrous hospitality along with the most ferocious, indomitable resistance to conquest.

Bagram was a mocking ruin as Britain came and went in the nineteenth century to parry imperial Russia in the Great Game. The English killed, tortured, bribed, and subverted the Afghans, and in the end, like Alexander’s legions, left their bones to bleach at Gandamak and on the stony plain of Maiwand west of Kandahar.

They left, too, the Durand Line dividing Afghanistan from the subcontinent. Cut for colonial convenience through the heart of Pashtun tribal lands, the fateful boundary with its separatist ambitions and fears still makes Pakistan the furtive nemesis of Afghan stability, and the inconsolable frontier now a sanctuary for the resurgent Taliban.

Cold War brought Bagram back to life in the mid-1950s as an air base of the old Afghan royal regime. Having begged in vain for U.S. help—Washington at the time thought the Hindu Kush of no strategic value and preferred as clients the crisp military dictators in Pakistan—the Afghans turned to Russia to modernize their antique armed forces.

As Bagram hummed with Soviet advisors and MIGs, America took up the competition, albeit on the cheap.

Over a quarter century U.S. aid to Afghanistan would be only a fraction of Moscow’s. All the while, the Great Game continued. Whatever the visible policy, the CIA relentlessly used Afghanistan to spy on Soviet Central Asia, feeding perennial Russian fears and the inevitable counter intrigues.

Intent on each other, both superpower rivals dispensed their foreign aid wares—and a corrupt Kabul oligarchy took them — heedless of the impact. As aid spawned an educated class without jobs, as the army grew better armed but no better paid, as grinding poverty only worsened, the turmoil built that would plunge Afghanistan into unimaginable disaster, and haunt the world into the next century.

Bagram was always emblematic. The neutrality of its officers allowed strongman Mohammad Daoud to overthrow the venal monarchy of King Zahir in 1973. It was from Bagram five years later that a leftist commander launched his jet fighters with withering effect on Daoud’s presidential palace in the 1978 communist coup neither Russia nor the U.S. expected—and Moscow soon regretted more than Washington.

Into Bagram then poured Soviet advisors and materiel in the Kremlin’s vain attempt to shore up a weak, divided communist rule in Kabul that remained typically Afghan, and thus fiercely independent of its patrons. The regime’s reforms were now crudely anti-religious and culturally insensitive, now laudably democratic in land reform and the education of women. Change in any case ignited a reactionary Islamic revolt which the U.S., Pakistan, China, and briefly the tottering Shah of Iran quickly moved to foment with covert arms and training.

Results were horrific. When a CIA- and Iranian-instigated Islamic uprising in Herat massacred hundreds of Russian aid workers and their families in March 1979—the bloodiest episode in the history of foreign aid—sorties from Bagram indiscriminately bombed monuments, homes and schools of the ancient capital even after rebels had left, killing as many as 20,000.

In the face of a deliberate U.S. policy to provoke an invasion of Afghanistan—“giving to the USSR its Vietnam War,” as National Security Advisor Zbigniev Brzezinski told President Jimmy Carter—we know from the post-Soviet release of Politburo minutes the Kremlin warily resisted what some knew would be a disaster.

When that trap was sprung by self-deception and fear on all sides, it was Bagram that saw the elite KGB unit who killed Afghan President Hafizullah Amin in a December 1979 coup to replace his regime with a more agreeable puppet. It was Bagram’s runways that took wave after wave of Soviet invasion forces whose masters expected a victorious, low-casualty show of force lasting only months. It was Bagram that saw the last Russian troops more than nine years later after some of the most savage warfare in history and twice as many casualties as the Kremlin admitted.

Over a decade of carnage the base was a center of war and portent.

Trained by the Americans and Pakistanis with the latest explosive devices and eventually Stinger missiles, the Mujahideen, as the Islamic radicals were known, constantly stalked Bagram. Tuesday’s attack was in a tradition begun by U.S.-directed car-bombing squads sent to terrorize not only Soviet or Afghan military, but also civilians, including Kabul’s intelligentsia and university professors at sites like movie theaters and cultural events.

After the fall of the USSR and the Kabul communist regime, the base was a shifting prize between Mujahideen factions abandoned to the chaos of further civil war and then the bloody Pakistani-sponsored rise of the Taliban. With the U.S. occupation in 2002, Bagram was expanded as never before as a hub of the NATO war, including conversion of one of its cavernous hangers into most notorious prison in Afghanistan, eclipsing even the infamous Pul-i-Charki outside Kabul where the Mujahideen, and the communists, Daoud regime and monarchy before them, jailed and tortured thousands.

Roger Morris, former senior staff member on the National Security Council and previously a senior fellow at the Green Institute, has written extensively on the history of the region and the Afghan people. 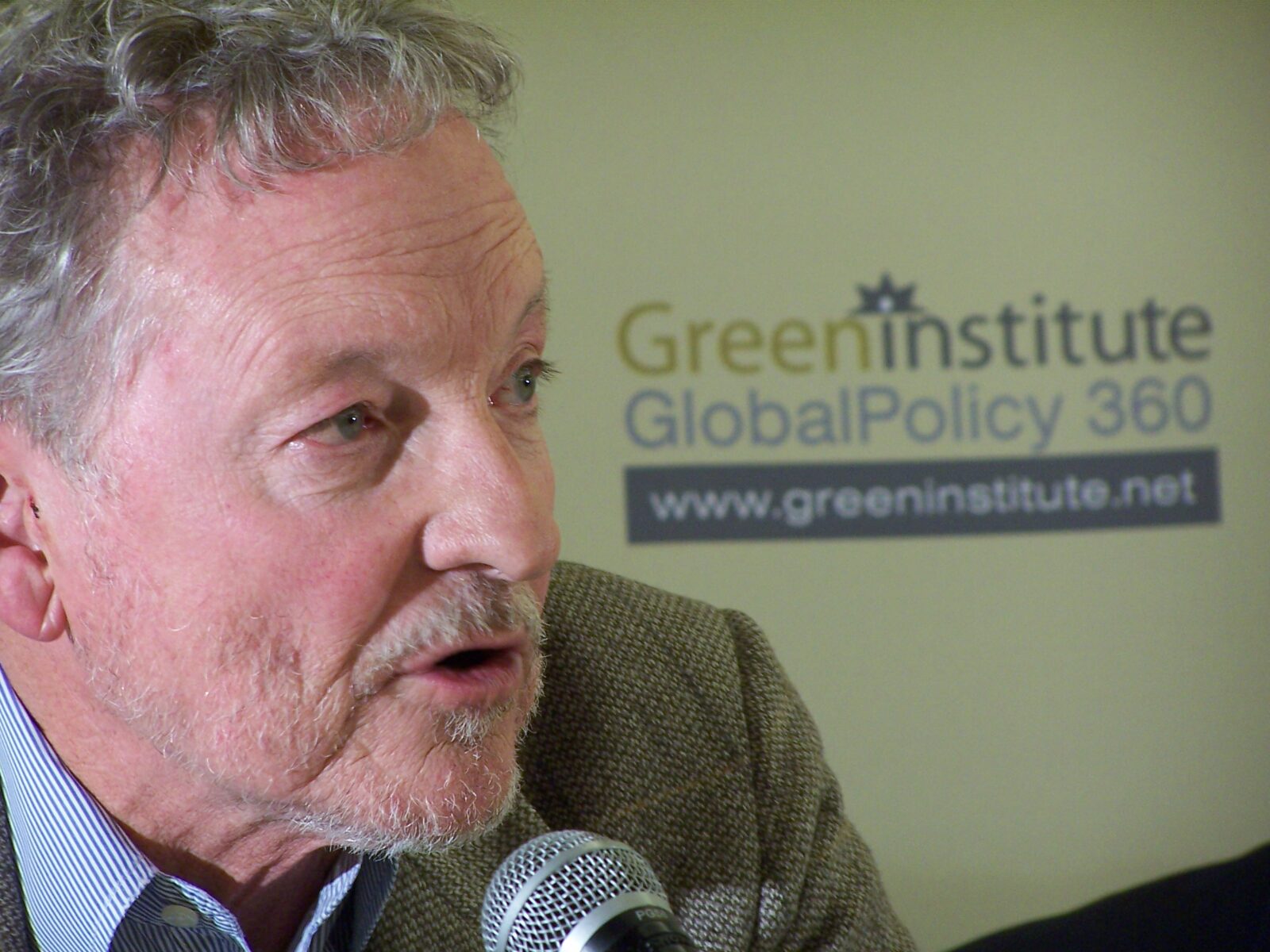