If the first generation of space flight was almost exclusively government-planned and -operated, today’s next generation in space is creating a public-private mix unachievable until now. A new era, a “Democratization of Space”, looks to new definitions and missions. Exploration outward and earth science facing homeward have launched and a New Space era is on course

Welcome to the dawn of an early-stage spectrum of companies like SpaceX, Google’s Terra Bella and Planet Labs (today announced as “Planet”), an opening up of space to planning beyond military and communication priorities. Welcome to New Space and new ways of seeing, researching, monitoring and interacting with the home planet. 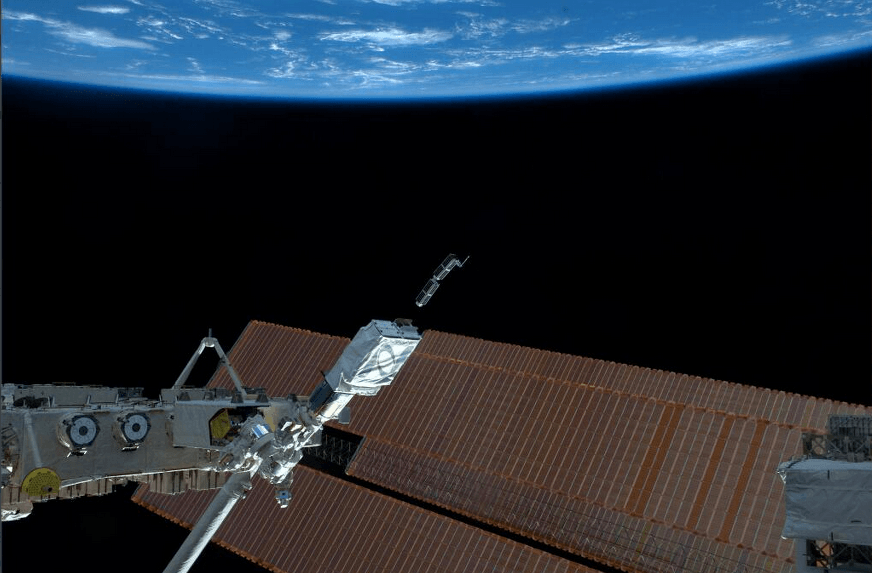 Our associate GreenPolicy features a story of origins, how young scientists and engineers at NASA looked at their smartphones, then looked at what could be done with ‘phones in space’ and the next thing that happened — presto, a multi-million dollar company is created to send micro-satellites into space, “Doves”, to study planet Earth.

Looking Back: How a NASA Team Turned a Smartphone into a Satellite Business

“Satellites aren’t small or cheap”. This is changing. The Solar Dynamics Observatory launched by NASA in 2010 weighs about 6,800 pounds and cost $850 million to build and put into orbit.’

Even the satellites built under NASA’s Discovery Program, aimed at encouraging development of low-cost spacecraft, still have price tags beyond the reach of smaller companies or research organizations: one such satellite, the sun-particle collecting Genesis, ran up $164 million in expenses despite its modest design and mission.”

‘The change is coming fast as increasingly powerful technology arrives in increasingly smaller packages. For example, in 2010 NASA and the Department of Defense launched the Fast, Affordable, Science and Technology Satellite, aptly called FASTSAT. Weighing in at just 400 pounds, FASTSAT cost just $10 million and carried out six experiments in orbit, proving that low-cost, quick-to-assemble spacecraft were possible.

Think of your own cellphone as a digital brain, a comand-and-control system. Pete Klupar, director of engineering at Ames Research Center, was fond of pulling a government-issued smartphone out of his pocket during speeches and wondering aloud about the phone, which had a faster processor and better sensors than many satellites, and cost so little in comparison — after which he slipped the phone back in his pocket and carried on.

“An Ames researcher named Chris Boshuizen took Klupar’s musings to heart. Having seen the phone schtick before, Boshuizen and his colleague Will Marshall (now of Planet Labs) once interjected during a talk by Klupar when he began to muse aloud about satellite costs.”

“Can you picture it?” Will said, “Pete, don’t put that back in your pocket,” Boshuizen recalls. “We’re going to make that into a satellite.” And then he did exactly that… Hello Planet Labs!

By September 2013, a NASA team originally led by Boshuizen and Marshall successfully launched its first PhoneSats into low-Earth orbit at a cost of just $7,000 each. Named Alexander, Graham and Bell, the three mini-orbiters took pictures from space and beamed the data back to Earth, demonstrating for the first time that a consumer-grade smartphone could be used to power a satellite in space. Successive generations of ‘PhoneSats’, launched by NASA and housed inside of ‘CubeSats’, have since demonstrated increasingly greater capabilities.

“Instead of doing it the old-school Apollo way, with a lot of system design and analysis and then building the thing at the end, we decided to do it the software way, which is building a minimum-viable prototype first just to show that we have a working model, then going on from there,” Boshuizen says of the process they used to create their satellites, a strategy the company calls “agile aerospace.”

The first prototypes proved promising enough that the company had no trouble raising funds from venture capital in the Silicon Valley near where they had moved. The money allowed the company to hire engineers and produce more of the satellites, named ‘Doves’, pioneering what is becoming known as the “Democratization of Space“, focusing on earth science. Unlike the first generation of satellites that focused on military operations and communication services, the New Space satellites have broadened toward earth studies and are improving with each iteration. Launching in space from the International Space Station’s newly developed release platform system with another New Space start-up, NanoRacks, the future of earth-facing micro-satellites looks promising, especially for myriad earth science academic, business and open applications like PlanetLabs’ Planet API.

By February 2014, the company dispatched the first of its commercial “flock,” when 28 Doves were released from the ISS. These were followed by further deployments that brought the fleet’s total to more than 130 satellites — enough to produce high-resolution imagery of nearly the entire globe on a daily basis.

Read more: A New 50-Trillion-Pixel Image of Earth, Every Day