Nuclear Threats Again from the North 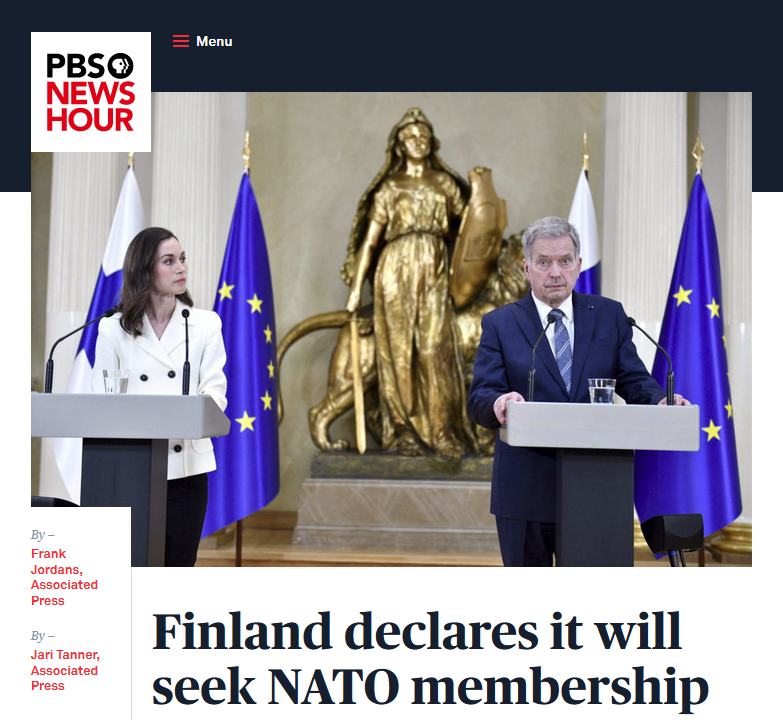 Zhuravlyov went on to threaten that the Scandinavian nation — which has an 830-mile border with Russia and is just 250 miles from St. Petersburg — could be destroyed in ten seconds.

Zhuravlyov said: “If Finland wants to join this bloc, then our goal is absolutely legitimate — to question the existence of this state. This is logical.”

“If the United States threatens our state, it’s good: here is Satan-2 for you, and there will be nuclear ashes from you if you think that Russia should not exist. And Finland says that it is at one with the USA. Well, get in line.”

“The Finns should be grateful to Russia for their statehood, for the fact that Finland exists as a country.”

Zhuravlyov warned Finland: “We can hit with a Satan-2 from Siberia, and even reach the UK.

“And if we strike from Kaliningrad . . . the hypersonic’s reaching time is 200 seconds — so go ahead, guys.

“On the Finnish border we will have not strategic weapons, but Kinzhal-class — one that will reach Finland in 20 seconds, or even ten seconds.” 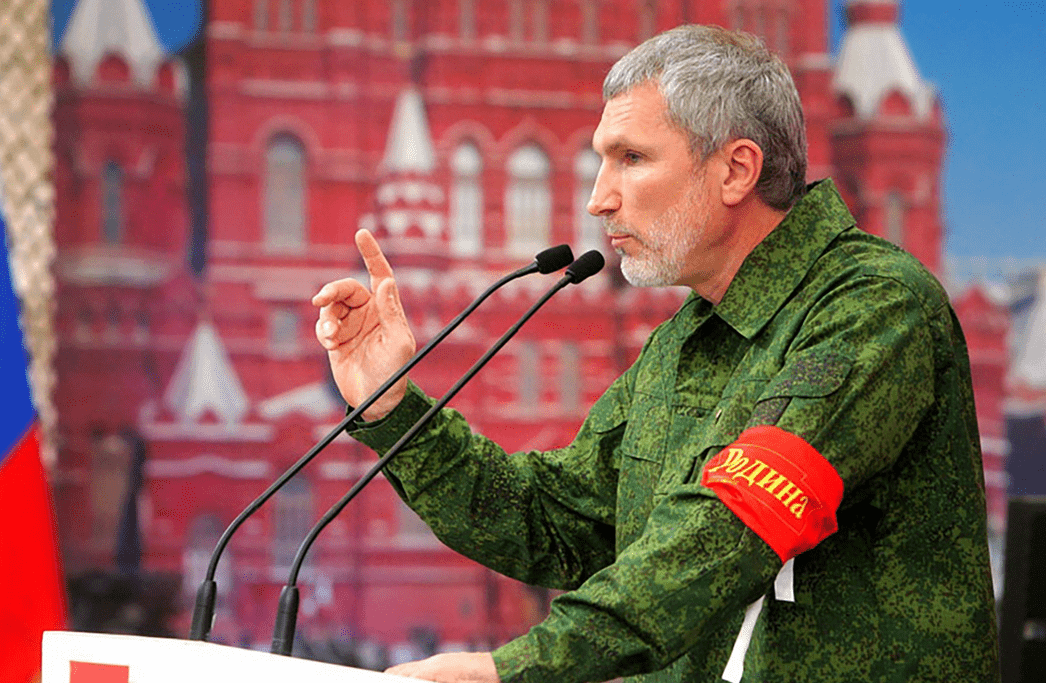 Russia in Wild Threats to Use Satan-2 Hypersonic Nuclear Missile

“… (We) had not predicted possible hostilities on the part of Finland, then now they are quite possible.”

“And this must be taken into account, without a doubt.”

Zhuravlyov claimed Finland is being provoked into joining NATO by the US and Britain.

“The Finns have nothing to share with us. They receive more than 90 per cent gas, timber and much more from us.”

“Who needs fighting first of all? The Finns? They are not afraid that Russia is attacking them.”

“Of course, sooner or later the Americans will force them to do so.”

“Just as they forced Ukraine to do it, they are trying to force Poland and Romania. And, as practice shows, they succeed.”

Reflecting a view among hardliners around Vladimir Putin he said:

“We endure for a long time. But this cannot go on forever.”

“The United States will do everything possible to make World War III happen.”

“Just not on their territory.”

“They will try not to lead to nuclear strikes, but they will try to draw the whole of Europe into a conflict with Russia, inflame the situation in Asia, [and] set fire to as many countries as possible.”

“For them this will be a very good way out of the internal economic crisis.”

“They will be able to attribute all their problems to the war, as they already did in the First World War and the Second World War.”

“They got out of their crisis only thanks to the war in Europe. But there is a big danger: who guarantees that nuclear missiles will not fly? I do not guarantee this.”

Asked by Ura news outlet if Russia could strike first with nuclear weapons, he replied: “Certainly.”

Asked under what conditions, he replied this would happen if the existence of Russia was threatened.

Finland and Sweden were now “joining an Alliance that wants to destroy Russia. Therefore, we want to destroy them in response.”

Asked about Baltic countries Lithuania, Latvia and Estonia, Zhuravlyov said Russia would crush them when necessary.

“We are definitely not afraid of these peanuts.”

“They are as nasty as stink bugs. But they will need to be crushed when necessary. Now the bug is small and smelly.”

“They would have put forward territorial claims against us, as Estonia wanted to do. Well, try it. They follow exactly the same path as Ukraine. Let’s see where it takes them.”

Zhuravlyov, deputy chairman of Russia’s defense committee, claimed that St Petersburg – Putin’s birthplace – could be NATO’s first target in a war with Russia.

“This is the main goal [in this direction]. This is beyond any doubt,” he said.

“The question is different. Today we are conducting a special operation, saving every life of the civilian population, and the Ukrainian Nazis, on the contrary, because these are not their people, and for them the more victims, the better.”

“If the Finns want to destroy a certain part of our population, if they strike at St. Petersburg, this threatens to destroy all of Finland as a state. Well, how else?”

“How can a normal person perceive this: you have destroyed a little bit – we have a little bit? No, it won’t.”

Russian ex-president Dmitry Medvedev warned this week of the risk of nuclear war.

The Kinzhal hypersonic missile has been deployed with conventional warheads in the Ukraine war – but is also nuclear capable.

So great is the threat to Russia’s strategic interests that Moscow will be compelled to take some form of action against Finland, said Dmitry Suslov of National Research University Higher School of Economics in Moscow. (quoted in the Washington Post)

At a minimum, he said, Russia will need to fortify its military presence along the Finnish border because Finland will no longer be considered a “friendly” country. It will also have to step up its naval presence in the Baltic Sea which will become, he said, “a NATO lake.”

If the United States or Britain establish bases in Finland, Russia will have “no choice but to deploy tactical nuclear weapons to target those bases,” Suslov warned.