Re: the President’s Last Days as Commander-in-Chief

StratDem update: A month ago we wrote that the president’s final days in office should include executive orders addressing nuclear proliferation issues… Now, it looks like we are getting our wish.

In recent weeks, the national security Cabinet members known as the Principals Committee held two meetings to review options for executive actions on nuclear policy. Many of the options on the table are controversial, but by design none of them require formal congressional approval. No final decisions have been made, but Obama is expected to weigh in personally soon.

President Obama announced his drive to reduce the role of nuclear weapons and eventually rid the world of them in his first major foreign policy speech, in Prague in 2009. In his first years, he achieved some successes, such as the New START treaty with Russia, the Nuclear Security Summits and the controversial Iran deal. But progress waned in the past year as more pressing crises commanded the White House’s attention. Now, the president is considering using the freedom afforded a departing administration to cross off several remaining items on his nuclear wish list.

Options include declaring a “no first use” policy for the United States’ nuclear arsenal, which would be a landmark change in the country’s nuclear posture. Another option under consideration is seeking a U.N. Security Council resolution affirming a ban on the testing of nuclear weapons. This would be a way to enshrine the United States’ pledge not to test without having to seek unlikely Senate ratification of the Comprehensive Test Ban Treaty.

The administration is also considering offering Russia a five-year extension of the New START treaty’s limits on deployed nuclear weapons, even though those limits don’t expire until 2021. This way, Obama could ensure that the next administration doesn’t let the treaty lapse. Some administration officials want to cancel or delay development of a new nuclear cruise missile, called the Long-Range Stand-Off weapon, because it is designed for a limited nuclear strike, a capability Obama doesn’t believe the United States needs. Some officials want to take most deployed nukes off of “hair trigger” alert. 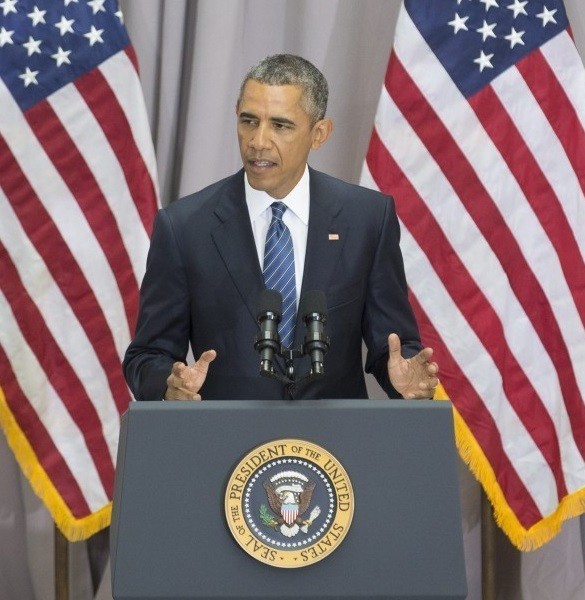