Via RT — Russia has unveiled the first image of its new thermonuclear missile system, RS-28 Sarmat, nicknamed “Satan-2” by NATO. The MIRV’d Sarmat intercontinental ballistic missiles, designed to be fitted with hypersonic warheads, are expected to go into production as early as 2018. Tags: Calculus of War; Cold War 2.0; Nuclear Proliferation; Hypersonic Arms Race 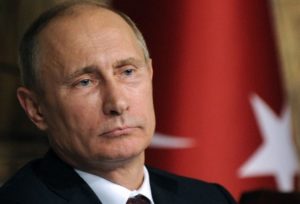 The rapid escalation of nuclear weapons systems by the US, Russia, China and other nuclear weapon capable countries has another news flash — the announcement by the Russian Federation of a change in schedule for a next generation of nuclear MIRVs. The new production dates have been moved up with the next iteration of the multiple nuclear warhead Sarmat RS-28.

The RS-28 has been labeled Satan-2 by adversaries. Satan-1 missiles, though fully capable of producing a global apocalypse, will be ‘retired’ to be replaced by the more assuredly apocalyptic Satan-2 . The public position of the Russian government is the newest massive offensive and defensive capabilities are necessary to counter a trillion dollar plus nuclear weapons “modernization” by the US and allies.

The Sarmat is undergoing development at the Makeyev Rocket Design Bureau in the city of Miass. The first image of the new prospective missile was declassified by the bureau on October 23, 2016.

“In accordance with the Decree of the Russian Government ‘On the State Defense Order for 2010 and the planning period 2012-2013,’ the Makeyev Rocket Design Bureau was instructed to start design and development work on the Sarmat. In June 2011, the Bureau and the Russian Ministry of Defense signed a state contract for the Sarmat’s development,” reads the note on the bureau’s website.

“The prospective strategic missile system is being developed in order to assuredly and effectively fulfill objectives of nuclear deterrent by Russia’s strategic forces.”

The missile’s first stage engine PDU-99 was tested in August, while a hypersonic warhead for the upcoming ICBM was reportedly tested back in April.

The Sarmat is being developed to replace the RS-36M ICBM family – dubbed ‘Satan’ by NATO – which entered service in the 1970s and 1980s. The prospective missile, weighing at least 100 tons, features a large payload capacity – reportedly up to 10 tons – and is expected to have up to 10 heavy or 16 lighter warheads, or a combination of a number of warheads with decoys and other counter-measures to suppress enemy missile defenses.

The Sarmat is expected to enter service in late 2018 and replace the RS-36M strategic nuclear weapon family by 2020.

In anticipation of the new missile’s appearance, what many foreign defense specialists have found most disconcerting is the prospect of the RS-28 being armed with Project 4202, a Russian hypersonic glider warhead carrier which, after separating from its ICBM launch vehicle, would be able to accelerate to speeds between Mach 7 and Mach 12, acting like a hypersonic cruise missile. The glider, expected to come online between 2020 and 2025, would be capable of maneuvering to overcome any existing or prospective missile defenses to reach its target.

The Sarmat is expected to serve as an effective response to US missile defense deployments near Russia’s borders, as well as projects such as Prompt Global Strike, a Pentagon initiative meant to overcome a prospective enemy’s strategic deterrent using the massed launch of conventional cruise missiles.

It is designed to replace the old Soviet R-36M missiles Voevoda, codenamed ‘Satan’ by NATO, as the heavy silo-based component of Russia’s nuclear deterrence. The RS-28 has been in development since 2009 and is scheduled to start replacing the old ICBMs in 2018.

“In this sense, the Sarmat missile will not only become the R-36M’s successor, but also to some extent it will determine in which direction nuclear deterrence in the world will develop,” Zvezda said.

The broadcaster added that the RS-28 is capable of wiping out parts of the earth the size of Texas or France, and that its higher speed performance will enable it to speed past every missile defense system in existence. 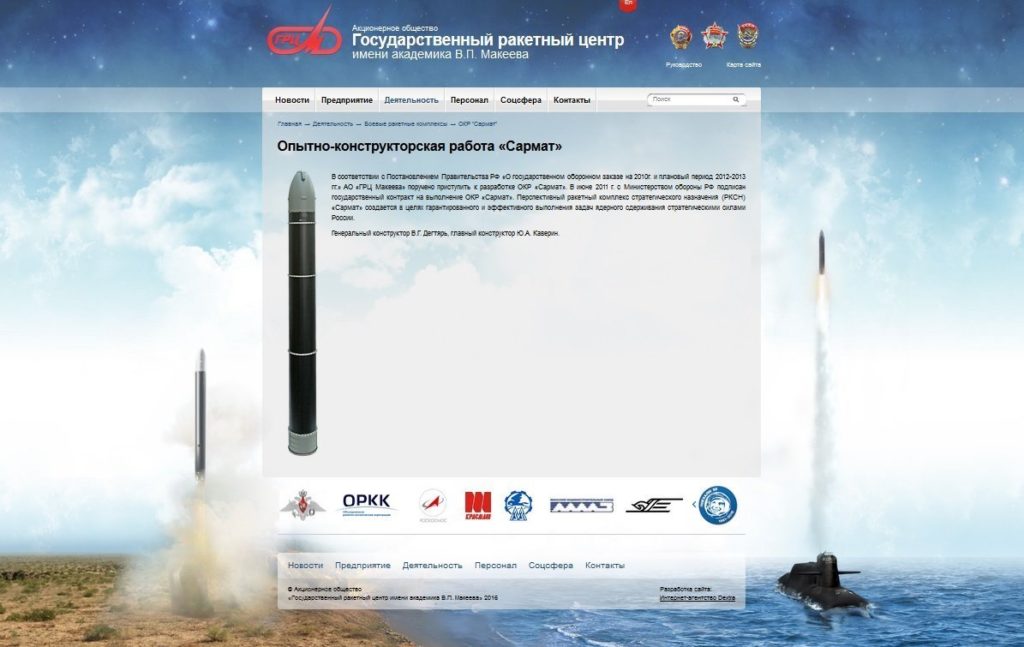 US-China-Russia Accelerate Hypersonic in response to US THAAD deployment