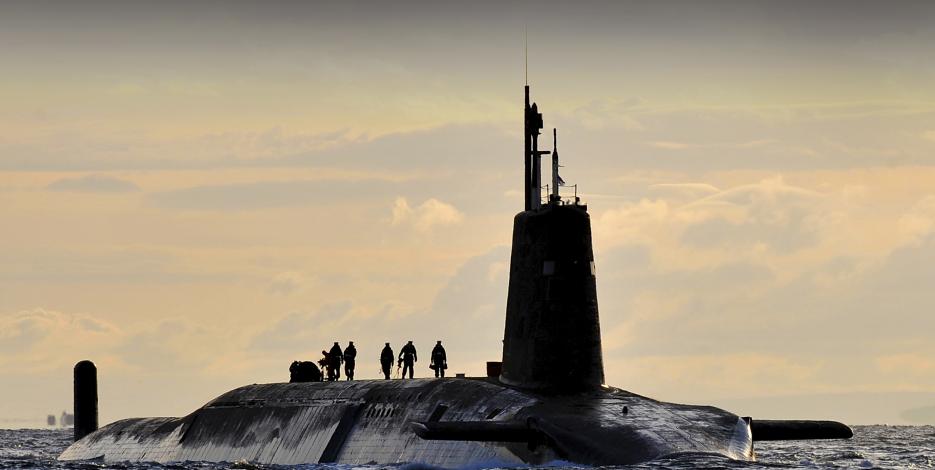 Divisions within the United Kingdom widened this week after the British parliament overruled Scottish objections to replace Britain’s fleet of Trident submarines to upgrade the country’s nuclear arsenal.

Scotland’s pro-independence Scottish National Party runs on a platform of nuclear disarmament. So when it came to a vote, 58 of 59 MPs from Scotland voted against replacing the Trident fleet.

MP Mhairi Black of the SNP argued against the logic of spending billions on new subs and warheads, even after the UK pledged to reduce its nuclear stockpile in the next decade.

“These weapons serve no other purpose than to satisfy the ego of the British establishment,” Black said. “This is about us putting our stamp on a world that we are isolating ourselves from more and more.”

Scotland is still reeling from the results of the Brexit referendum. The majority voted to stay inside the European Union and there is a clamoring for a second independence vote to keep Scotland in the EU.

Scotland’s first minister says a second independence referendum is “highly likely” after the UK voted to leave the EU.

In longer term, the vote portends waves of change…

If proposed devolution changes don’t go far enough, it may lead to increased support for populist parties, such as the eurosceptic UK Independence Party, in the UK’s 2015 general election. That, in turn, would increase the chances of Britain pulling out of the European Union at some point in the future if eurosceptics or other popular minor parties grow amid the changing currents.

The strong showing for a possible “yes” vote took hold in the two weeks before the vote. As a result, the leaders of the Conservatives and the Liberal Democrats – who form the current national government in the UK – and the opposition Labour Party – promised Scots a fast-track timetable for further devolution, with many particulars put on the table as loudly professed incentives to stay in the UK, to vote “no” to an independent nation.

“The genie is out of the bottle,” on the need for change, said Labour lawmaker Peter Hain, who has served as both Secretary of State for Wales and also Northern Ireland. “We need to recognize the reality that the United Kingdom should have a federal political structure with a constitutional arrangement which defines the demarcation of powers between Westminster and the rest of the United Kingdom.”

Scottish independence: a guide to the big decision
International-The Guardian

HM Naval Base Clyde – commonly known throughout the Navy as Faslane – is the Royal Navy’s main presence in Scotland. It is home to the core of the Submarine Service, including the nation’s nuclear deterrent, and the new generation of hunter-killer submarines. http://www.royalnavy.mod.uk/our-organisation/where-we-are/naval-base/clyde

If Scotland votes “yes” in an independence referendum next month, the submarines could ­become nuclear-armed nomads, without a port to call home. Washington’s closest and most important ally could, in turn, be left without the ultimate deterrent, even as Europe’s borders are being rattled anew by a resurgent Russia. / Washington Post

Results of the vote loom large …

I was pleased to have the opportunity to meet Natalie Bennett, leader of the Green Party of England and Wales. She was visiting Edinburgh to talk about why so many Greens south of the border support Scottish independence. While it might seem strange to some, our colleagues are excited at the prospect of independence shaking up UK politics and the chance to encourage progressive forces across the British Isles.