StratDem ‘factoid’ re: Road to Security 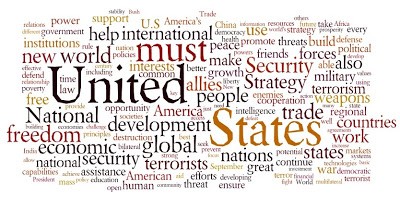 Consider these facts regarding the U.S. Department of Defense:

· U.S. military operations represent the largest consumer of all forms of energy globally…

· U.S. troops in Afghanistan pay the equivalent of $400 per gallon of fossil fuel when security, transportation and mortality costs are tallied up…

“As the U.S. went from oil-exporting to an oil-importing nation, we shipped trillions of dollars abroad, undercutting our own economy, funding adversaries and fighting three wars directly or indirectly about oil.”

“Energy IS national security, as the U.S. has learned at great expense.”

“In coming decades, the world will be able to move away from petroleum and toward electric transportation, relying primarily on renewable sources, like solar and wind, distributed generation, and new storage technologies. Not only because they make economic sense, but also for the sake of our own national security. As Americans, we want to be there, in the lead.”

Despite testimony from the Pentagon’s top leaders that energy diversification is a key component of American military and security strategy, the Senate Armed Services Committee  on May 24 voted 13-12 to prohibit the U.S. military from buying biofuel, a plant-based alternative to oil that is currently more expensive, unless or until its price drops to that of oil. The committee’s majority also voted to stop the Department of Defense (DOD) from building its own biofuel refinery. The House of Representatives had approved similar restrictions earlier this month.
In March, the Navy Secretary touted to a Senate committee the Navy’s program to increase its use of biofuels as an alternative to oil, while former Navy secretary and senator from Virginia John Warner, a Republican, added that “there’s a clear nexus between our national security and our energy security.”
Senator James Inhofe (R-Oklahoma) calls the Defense Department’s alternative energy programs a “sneaky” way for the President “to implement his all-out attack on traditional American energy development—and the military is the one place where he can force it to happen.”
ThinkProgress
http://thinkprogress.org/climate/2014/05/22/3440827/mckinley-climate-pentagon-climate-change/
– – – –

Congressional efforts continue as of Q4 2014 to block renewable energy initiatives of the U.S. Department of Defense