US “Lethal Aid” to Ukraine – Next Move?

How does one assess the risks and costs of escalating conflict moving toward events spiraling out of control? A civil war moving toward regional war and, as a result of weapon systems that have remained on “instant alert” as a carryover from the Cold War, a more than lethal “flashpoint”… 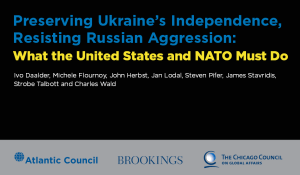 The Atlantic Council/Brookings/Chicago Council Report (“the Report”), released publicly today, provides a rationale for US “lethal aid” to the Ukraine — and as a direct result provides cause for strategic escalation of Russian Federation “lethal aid” in the Ukrainian civil war.

Lethal reciprocal moves will widen the conflict and — in the event of miscalculation, mistake or error — threaten larger conflict and even nuclear confrontation.

As the Report makes its case for “raising the risks and costs” to Russia by “providing direct military assistance in far larger amounts than provided to date”, it altogether neglects the risks and costs that extend beyond Russia. One pauses to question the limits of the expertise of the Report’s writers. The focus on “lethal assistance” to move the conflict beyond a graduated set of sanctions to direct confrontation carries risks and costs that go far beyond the Report. These should have been addressed yet were not addressed by the Report’s expert authors.

Today’s news from the front lines in Ukraine brings calls for wider mobilization, a hardening of positions, stiffened resistance and — as Strategic Demands pointed out last week — the odds of the newly constituted Russian Federation backing down from its current stance, without a diplomatic solution that takes mutual security into consideration, is not in the cards. A ratcheting up of costs to _both_ Russian and Western interests will be the result.

If the counsel of the Report is taken up by the US national security advisers and administration, the mutual risks and costs will be considerable — and these costs deserve to be considered even as expert analysts set them aside.

Consider the history of the region and the Russian actions, over centuries, to have “deep water” access, more than Arkhangelsk and Murmansk, but access to the Mediterranean for Russian interests in security/trade/projection. Access to ‘warm water’ for the Russian fleet/Russian economy through Sevastopol and the Crimean peninsula has deep Russian-Ukrainian history. The Black Sea carries reasons why this corridor and outlet to blue water will not be given up without a protracted conflict.

Unfortunately the Report is narrow in its scope and does little to consider the Russian Federation’s point of view or history. Beyond the security, military, trade and economic interests of the Russian Federation in maintaining access to the oceans of the world without a newly constituted Ukraine blocking access, are issues of port oversight and yet to be constituted agreements between NATO and Ukraine, and the US and Ukraine. The reality, faced by the Russian Federation, goes beyond radar installations with Patriot missile, but now includes newly announced next generation nuclear weapons due to be delivered to Europe.

Given the history of the Russian people in war and costs of the collapse of the Soviet Union, the Russian people’s support now for the positions of Vladimir Putin, who reflects larger concerns of the country, can be said to be deeper than the 80% reflected in recent polls.

The next moves of Putin will not be easy, nor do the conditions indicate a collapse of will on his part, or the Russian people’s part.

In the past, when beset by war (over 20 million killed in WWII and devastated country), the Russians have been hard in their resolve. The lessons of history are strongly in evidence.

Here, as Russians look toward reconstructing their new national interests, as ‘capitalists’ in a post-Soviet era, the sanctions of the US/EU have served to date to rally the Russian people to support their President and actions to respond are inevitable, in a gamut of ways.

Escalation will provide benefits to Russian interests and costs to Western interests — and the benefits and costs go beyond the scope of the Atlantic Report. Even as the “experts” who have written the Reports meet with and lobby the US national security team and counsel the US President to escalate with “lethal aid” and “defensive aid”, the larger risks and costs simply go unaddressed.

The risks and costs that come with US escalation, the billions allocated for what is casually described as “defensive aid”, will deliver costs in the form of a broad-front breakdown of cooperative relations with the post-Soviet Russian Federation. These go altogether unaddressed in this Report.

The risks and costs will include pushing the Russian Federation closer to China in strategic/energy/nuclear/military cooperation. These costs go unaddressed by the experts who are responsible for the Report.

The risks and costs to the US economy, coming out of a deep recession brought on to a substantial degree by three decades of war in the Mideast/Near East, with a price tag of $4 to $6 trillion  added to the nation’s debt, goes unaddressed in the Report of Experts.

And most vital in assessing risks and costs is the attendant escalation of nuclear forces and miscalculation or mistake leading to a nuclear flashpoint, a nuclear tactical or strategic exchange. To what extent is this risk covered?

To what extent is an upswing and forward deployment of usable “defensive” nuclear weapon systems advanced by this counsel to allocate $3 billion for Ukraine’s government to go on the defensive/offensive? To what extent will ongoing efforts to reduce tactical nuclear weapons in Europe, and the Mideast/Near East, be set back? To what extent will proliferation increase? What are these costs and why doesn’t the Atlantic/Brookings/Chicago Council Report  assess these broader risks and costs?

Read the Report– it’s time to consider the picture beyond the Atlantic/Brookings/Chicago Report. 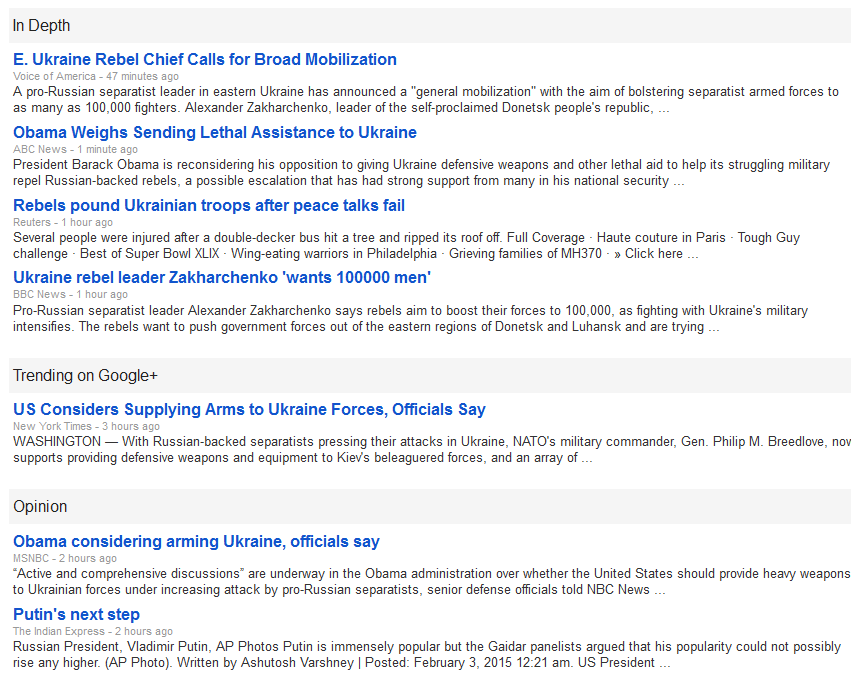 “With all of the critical points and cataclysms in the world, Russia and the US, the leading countries with decisive influence on the condition of global stability and security, cannot allow themselves the luxury of not speaking with one another,” Kislyak said in an interview with RIA Novosti.

Kislyak said that Moscow and Washington need to continue to work together on international and regional issues, including Iran’s nuclear program, the Middle East conflict, the nuclear issue on the Korean Peninsula, and Ukraine.

“Russian-American relations are currently enduring one of the most difficult periods over the last few decades. But I’ll say honestly, it’s not always easy with the Americans, that’s their “genetic code,” Kislyak told RIA Novosti.