As the US Preps for a New President

At StratDem we look out at the security horizon and continue our attempt to develop “New Definitions of National Security” with an emphasis on bringing together “Environment Security with National Security”. Today we look at two key executive presidential actions in this regard, and a poll of American voters on likelihood of nuclear weapons use by the next president

First up, a frightening moment in polling history:

Next up, the departing president and his security legacy on two profound fronts:

Via the Center for Climate & Security

On September 21, 2016, the Obama Administration made two significant announcements related to climate change and national security – one which highlights the latest intelligence on the nature of the risk, and the second which lays the foundation for managing that risk across agencies. This included: 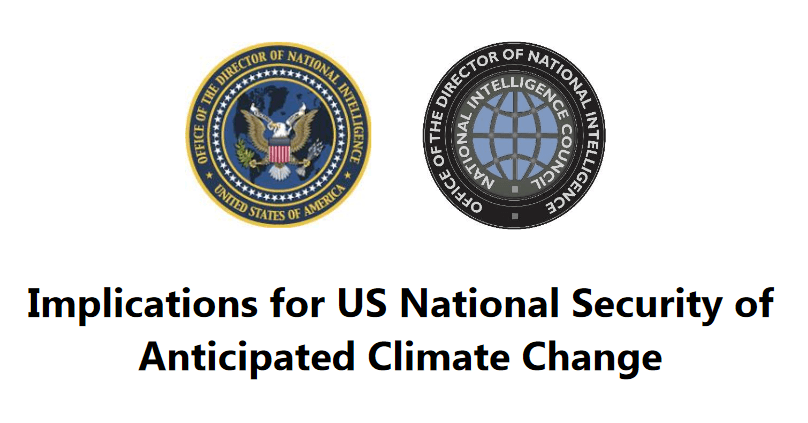 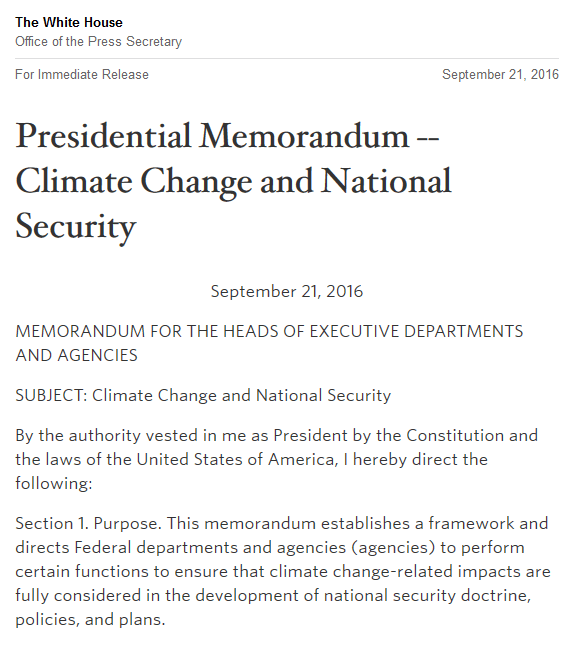 Implications for US National Security due to Anticipated Climate Change

Acting on the Threat of Nuclear Weapons Use

NYT / Obama Unlikely to Institute No ‘First Use’

We repeat our call to President Obama for an executive order  to remove nuclear weapons from ‘hair-trigger alert’ before he leaves office and, again, to consider rescinding the US ‘first use’ nuclear policy.

Next generation nuclear weapons — modernized, more ‘usable’  and soon-to-be-deployed — are a critical threat to security, not a move to enhanced security.

Now is the time to step away from a nuclear ‘first-use’ doctrine.

Now is the time to set additional protections in place against a nuclear war with its risk of cataclysmic escalation.