Snapshots of conflict and war, policy options, opinion-makers, analyses from experts and non-experts, from the left and the right, mainstream and alternative, independent perspective of Strategic Demands.

From Newsweek via Wikileaks, a reminder that the Internet began with a DARPA project and the relationship between U.S. defense/intel continues on with Google & company. An insider account, beginning with the arrival of Eric Schmidt and friends…

and a flashback to the origin of Google assisted by DARPA 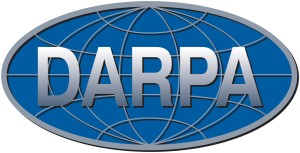 Speaking of looking inside a U.S. security world that has grown exponentially by tens of billions USD annually since 9/11, the investigative intel reporting of Sy Hersh is now moving a generation forward with the work of his son Josh.

Father Hersh’s latest work includes a prescient look at an upcoming war in Syria, that has now commenced — The Red Line and the Ratline, Seymour M. Hersh on Obama, Erdoğan and the Syrian rebels — and he sets the stage for Turkey’s attempt to negotiate an expansion of the war, drawing the U.S. into direct conflict with Syrian forces.

Like father, like son, Joshua Hersh, based out of Istanbul, Beirut and courageously moving throughout the war zone, is filing reports via Daily Beast, New Yorker, TNR, HuffPost and social media. He has his father’s legendary toughness and his skills are already considerable. Follow him for a closer view of on the ground reality, the “ground truth“ we’ve spoken of in StratDem.

What’s the latest on the Turk-Kurd decades long conflict?

The negotation of negotiations, the one that will change the tide in the Mideast, one way or another.

P5+1 and Iran, the nuclear talks. What’s the latest after the mysterious bombing in Iran at Parchin? One important source of daily-rendered data is #FF @Laura Rosen on Twitter (w/ over 92k tweets), another is the U.S. State Dept.

Beyond news circulated via the Net and syndication, the mainstream media is limited in its independent coverage of these key negotiations. In-depth foreign reporting continues to be constrained by budgetary realities as the American press has undergone two decades of cutbacks in an era of diminished revenues.

Overseas/foreign reporting and investigative journalism have felt the cuts, but here is a revealing L.A Times piece warning of the talk’s failure and escalation of conflict as a result. The Times has exceptional reasons to fund its in-depth Iranian coverage. The Persian-American community in Los Angeles, on occasion referred to as Tehrangeles and Little Persia, might be the largest, and wealthiest, expatriot Iranian population in the U.S.

After any negotiated agreement, what will be the role of the U.S. Congress? Here David Sanger/NYT ventures that the Administration has a political approach to an Iran treaty.

As the writers at TomDispatch are expected to produce thought-pieces, here’s one of their latest.

What Could Possibly Go Wrong?

Scenarios in the battle with the Islamic State

On a lighter note, what news impressed nerds and social media this week? What was the trending viral story? It has to do with China… Ready? Mark Zuckerberg speaks Mandarin in China (although China blocks Facebook, perhaps Mark hopes for a breakthrough with a friendly update to “Ping Pong Diplomacy“.)

Speaking of China and considering the recent mega-energy/financial deal between China and Russia, what’s the latest on the Putin front?

MOSCOW — Making clear that the Kremlin has no intention of backing down from the worst Russia-Western crisis since the Cold War, Russian President Vladimir Putin accused the United States on Friday of trying to “reshape the whole world” for its benefit, in a fiery speech that was one of the most anti-American of his 15 years as Russia’s paramount leader.

The question is: What is the Saudi motivation for wholesaling its oil?

Reuters reports Saudi officials have been privately admitting to oil market participants that they are ‘comfortable with lower oil prices’. According to the news service, the Organization of the Petroleum Exporting Countries (OPEC) is willing to accept prices as low as $80 a barrel for as much as the next two years.

The problem is that Russia’s latest budget requires oil prices to average at least $100 a barrel in order to cover the government’s spending promises.

As of Oct 24, the price of crude future contracts is 89.23 per barrel and falling…

Putin has backstopped Russia’s oil income with its recent historic LNG/natural gas China deal, but at what cost? The Chinese played hardball in negotiations, walking away at the 11th hour, forcing Putin back to the table given the situation in Europe and Ukraine and falling market prices in the international market.

A follow suggestion on the eastern Europe/Russia/EU/US front – Stephen F. Cohen for point/counterpoint

Comment: Simplifying it, our classification system is based on clearance, classification level, and need to know. It started with several basic levels: Unclassified, Sensitive But Unclassified (SBU), Confidential (C), Secret (S), and Top Secret (TS). Clearance is how much trust they’ve put into the person, often through investigation & profiling. Their clearance’s classification level puts an absolute limit on their access at that level or below. However, what is *supposed* to determine actual ability to access information is the following combination: the person is cleared for that information *and* has a valid need to know…  classification reform is necessary before we can get the black programs in check.

As the Mideast conflict spreads, ongoing threats continue in the Muslim-Hindu Asia subcontinent.

Spectre of nuclear war between India and Pakistan, sabers rattle

“The Indian hostilities could trigger a nuclear war between India and Pakistan,” Major (retd) Tahir Iqbal, a lawmaker from the ruling Pakistan Muslim League-Nawaz (PML-N), said during a debate in the National Assembly.

“If a nuclear war breaks out between Pakistan and India, then its flames will engulf the entire world,” he said in an ominous warning.

“The Last Warrior: Andrew Marshall and the Shaping of Modern American Defense Strategy”

An institutional ‘legend’, Marshall founded the Pentagon’s internal think tank, the ONA, in 1973. Marshall has been its only director for over 40 years. “His influence over the decades on defense policy analysis in Washington has been vast.”

A taste of what the Office of Net Assessment does can be seen in an announcement issued in May seeking proposals to look at everything from “military competition on and under the surface of the sea,” to future precision-strike capabilities; potential policy fallout from increased nuclear proliferation; and military competition in space.

Over the summer, the office issued research contracts worth more than $10 million to a variety of organizations like CSBA, Booz Hamilton, the Hudson Institute and IHS International to carry out these projects over the next several years.

And in the U.S., Ebola headlines continue to dominate the news. Experience a Crash Course in Fear – Ebola

That’s it for this week. More big picture and on-the-ground reality next week.