Week in review opens with torture revelations and how IS-ISIL-Daesh-ISIS begat itself in Iraq prisons, then latest in petrol politics, Cheney’s last stand, then through the Caucuses to Russian moves and over to the UK, across the Atlantic to Peru, and across the Pacific to Japan, Korea, China — as the world turns…

‘It started in prison’, the ISIS inside story.

Again and again, as we’ve considered “Sorrows of Empire” and “Blowback” of Chalmers Johnson, the costs add up. Here, the results of Abu Ghraib prison — Camp Bucca and Camp Cropper and others — added a new terror group to the equation. It goes by varied names now — ISIS, Islamic State, Daesh, and ISIL, which is preferred by the US as the Levant doesn’t give undue status to the militants who have taken over much of Iraq and Syria. The group’s origins, not surprisingly, come into view as a result of the US invasion of Iraq and its prisons and treatment in these prisons. The infamous Abu Ghraib and its ‘means and methods’ communicated more than punishment for opposing the US force.

As this week’s latest news from the “war against terror” reveals, the US campaign of war, imprisonment, torture, as detailed in the newly released Senate Intelligence Report, the result of an investigation of millions of documents, gives pause again — and gives ammunition to militant opposition forces as war in Iraq continues into a third decade. The first invasion in 1990-91 was the start of a political policy that has added trillions to the US debt, while producing incalculable human and related costs. Many argue that the strategy of the opposition is to bankrupt the US fiscally and morally in a long war. Few can argue that the costs of current policy aren’t adding up… 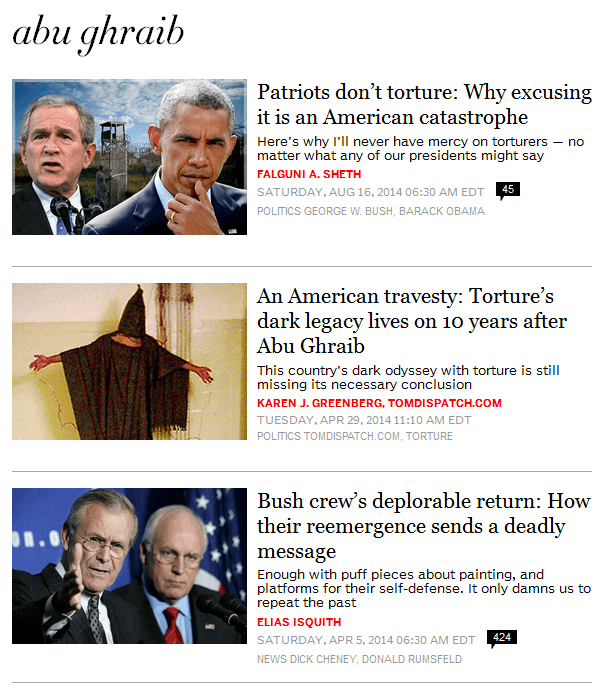 The only person the Obama administration has prosecuted in connection with the torture program is a man, the CIA agent, who revealed tortures to the media.

Two psychologist doctors seem to have been paid $80 million to develop a torture program.

Here’s an ‘exclusive’ interview with an ‘architect’ of CIA’s ‘enhanced interrogation techniques’ — The doctor is retired in Florida. He enjoys kayaking in retirement, according to Bloomberg News. 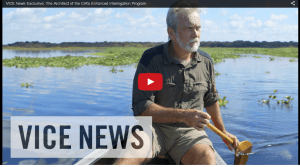 The “Torture Report”, the book

The book is the complete official summary report of the Senate Intelligence Committee’s investigation of the Central Intelligence Agency’s interrogation and detention programs launched in the wake of the 9/11 attacks. Based on over six million internal CIA documents, the report details secret prisons, prisoner deaths, and interrogation practices that have led many to call it “The Torture Report.” The report also examines charges that the CIA deliberately deceived elected officials about the extent and legality of its operations. Over five years in the making, and delayed from publication by Agency-led protests after its declassification in April, 2014, this is the full and unexpurgated summary report as finally released by the United States government.

Do not accuse us of being too serious — there is another side as we look out at a world in geo-conflict… A quote of the day comes from ex Vice President Dick Cheney as he goes on record to discuss the “Torture Report” as “full of crap”. Per Cheney, the conclusion by the Senate Intelligence Committee that the C.I.A. misled the White House and Congress and American people, “is just a crock.”

As the US is left to deal with the fruits of the Vice President’s choice to torture with an expansive program, from Abu Ghraib and Iraq prisons, the ongoing invasion consequences and, again, the correlated insurgent/militant “inside story” of blowback — and ‘black prisons’ around the world and accompanying ‘security state’ apparatus and surveillance — the Vice President and ex chief of Halliburton, with its vested interest and unique supplier contracts tied to war in the Mideast — defends himself and his tactics. In a last stand of sorts, as the weight of the evidence against him historically overwhelms, the VP claims if he had to do it again, he would. In response to John McCain’s impassioned speech against torture the ex VP explained to Fox News: “My reaction to that is John and I have a fundamental disagreement about the program. I think that what needed to be done was done. I think we were perfectly justified in doing it and I’d do it again in a minute.”

Accompanying the VP’s press this past week, there is this from the inimitable Mr. Borowitz: 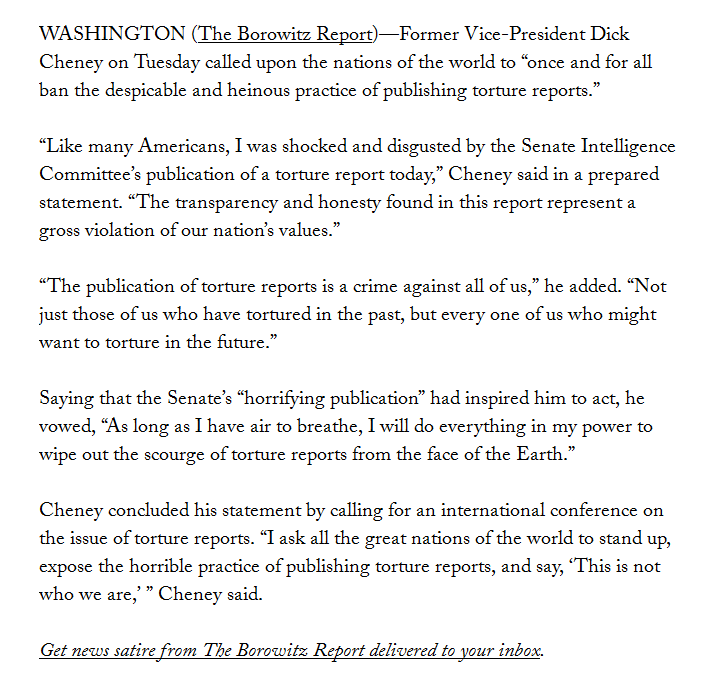 Moving beyond the Halliburton connection via the Veep, as war in the Mideast continues, petro politics continues… Let us drill down a bit and, as it were, move the drill bits horizontally. The oil cartel operates on multiple levels, both visible to the market and political, where petro politics goes beyond oil price into geo-politics. OPEC’s recent decision is evidence of both and new production coming online from U.S. fracking and export of fracking technology internationally promises a short-term disequilibrium of supply which, joined with political moves to pressure Russia and Iran with shortfalls and revenue pressure as part of a larger geo-political struggle, promise a disruptive 2015. Gas/oil dependency, and economies dependent on oil production revenues, is a core story here.

Mainstream media’s take on these forces at work is, for the most part, focused on supply/demand and falling prices as indicated by this piece from Reuters — Oil drops to five-year low on oversupply. A market analysis captures just a piece of political moves being made in the more dynamic, shifting realignments of a cold war era, with an increasing mix of hot moves. The clearly calculated attempt to remove Iran’s Shia influence from Saudi-influenced Mideast Sunni regions is evident not just in support for extreme elements but also in petro politics. The mix of religion, oil/gas and politics is volatile in the region and threatens escalating military involvement by the U.S./Russia/EU/NATO/Turkey/Israel and even China…

Going beyond petrol politics to nuclear energy — This past week Russia, having culminated a series of multi-year, multi-trillion energy deals with China, moved on to nuclear deals with India, multi-year in the multi-hundreds of billions that act to push back U.S. interests in the region. 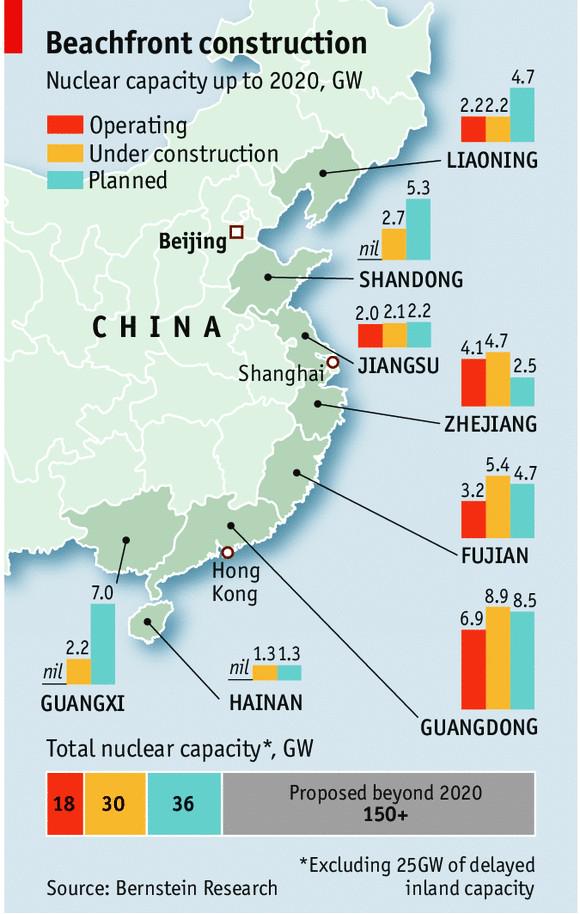 While the US conducts regional wars and expands war theaters (Kerry announces fight against ISIS goes beyond Iraq and Syria), China and Russia are moving pieces on a strategic chess board with an increasing range of relations that should give pause to any analyst who is considering the history and risks of entangling alliances. The geopolitical struggle becomes more consequential as major powers step up their forces.

Again, as Europe struggles to find and maintain oil/gas supplies given the threats of disruption due to Ukrainian civil war, the era of economic warfare rises again — and in many ways is centered around pipelines in the Caucuses. The northern pipeline routes and southern routes to Europe are at risk — and economic threats in the past having taken on conditions that have produced conflict and war. The era of petrol politics, with the boost in production from technology in fracking, has given new impetus to old forces and the fear of “peak oil” recedes for the time being as the industry and industry-influenced politics exerts its influence again in the Mideast and internationally.

The UK announces a shift in policy and ‘boots on the ground’ — troops will be going back to Iraq.

While the politics, political economy, strategic policy of oil/gas conflicts play out — across the world the alternatives in energy conduct business in Lima, Peru

As we arrive at the Lima conference we look at how Shell positions itself at an environmental gathering of nearly every nation of the world.

Shell, a gamut of oil/gas companies and varied elements within the energy industry raise a trading flag at the IETA, while prominent oil/gas association members lobby against fossil fuel divestment campaigns. As Shell repositions from full-out opposition to ‘willing to negotiate’, one sees the time has come for pricing carbon as part of an environmental full-cost movement.

The ‘true costs’ of oil/gas have the potential to cause environmental catastrophe. Green assessment of external costs need to be addressed now, sooner rather than later, and even the industry is beginning to take notice in the form of shifting negotiating, and public policy, positions. 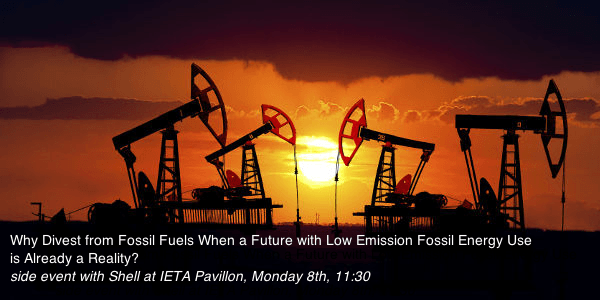 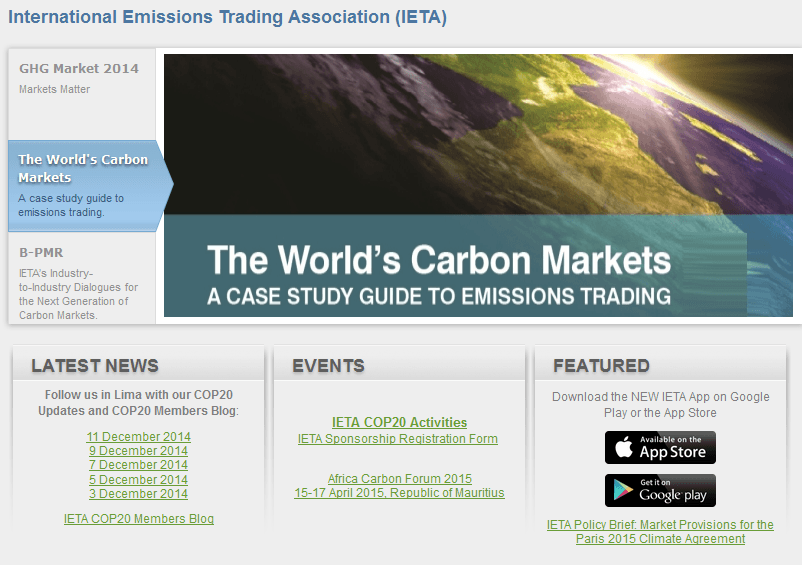 At the close of talks the news is of compromise producing a middle-of-the-road agreement, setting the stage for next years climate meeting of nations in Paris 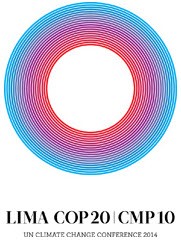 The negotiations began with some optimism — “There is a good atmosphere in all the talks.”

Getting all the countries into one boat, creating a fair funding deal for poor countries – those are the goals of a new world climate treaty. In Lima, world leaders are trying hard. But the devil is in the details.

American negotiators are being met with something wildly unfamiliar: cheers, applause, thanks and praise

LIMA, Peru — When it comes to global warming, the United States has long been viewed as one of the world’s worst actors. American officials have been booed and hissed during international climate talks, bestowed with mock “Fossil of the Day” awards for resisting treaties, and widely condemned for demanding that other nations cut their fossil fuel emissions while refusing, year after year, to take action at home.

Suddenly, all that has changed…

Then, in the last, extended hours of the conference, the overnight “Lima Call for Climate Action”, a four-page, truncated agreement version is accepted, avoiding collapse of any agreement.

Climate deal would commit every nation to limiting emissions / NYT

LIMA, Peru — Negotiators from around the globe reached a climate change agreement early Sunday that would, for the first time in history, commit every nation to reducing its rate of greenhouse gas emissions — yet would still fall far short of what is needed to stave off the dangerous and costly early impact of global warming.

The Paris event will tell a further tale of both serious commitments and political posturing.

Mid-term elections in the US have enabled climate-change denialism and the 2015 legislative branch, the 114th Congress, will not be leading in a direction of energy solutions or the limiting of emissions. The extent of denialism and its consequences will become a story that we assess and judge, and history will judge, as it plays out on national stages and in the international arena. 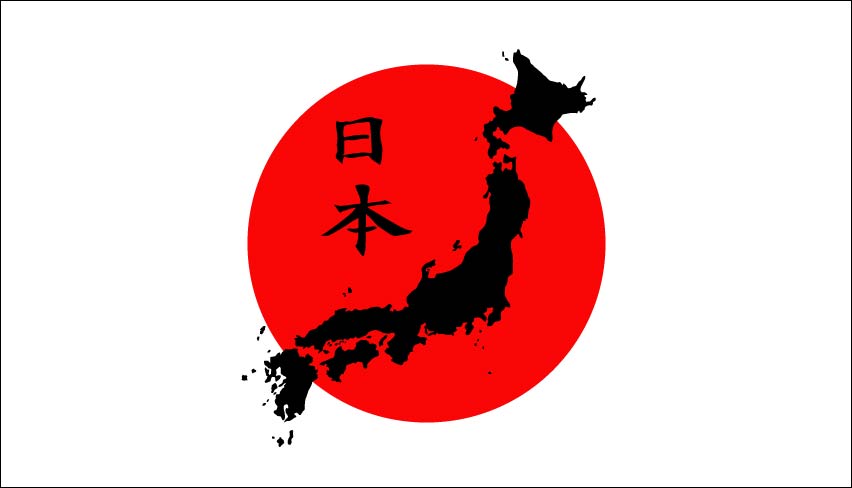 Moving across the Pacific Ocean, a potentially momentous event draws closer — the rearmament of Japan in the form of Shinzo Abe’s election on Sunday.

Japan’s Constitutional rewrite is on deck and Japanese-Chinese relations are at a turning point. South Korea warily watches…

And, on this note, having circled the earth… 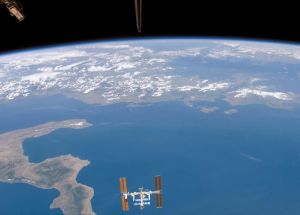