Olympic Overture in the Koreas

Citizens of the U.S. are not known for their knowledge of international relations — from the basics across to more detailed, complex geopolitics and diplomacy. Yet, it is time to recall what was once called “Ping-Pong Diplomacy” that set in motion an opening between the U.S. and China. The Olympics may be another opening 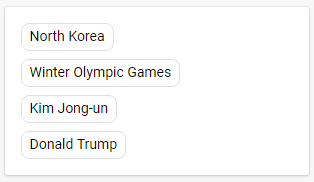 Negotiations and Resolution — or War?

LONDON — A distinguished retired South Korean general warned a U.S. attack on North Korea would be met by well-armed soldiers who would fight with religious fervor to defend their homeland.

“I try to explain to the Americans — if we have to go into North Korea, it is not going to be like going into Iraq or Afghanistan. It’s not going to be like toppling (ex-Iraqi President Saddam) Hussein. This would be more like trying to get rid of Allah,” said I.-B. Chun, referring to the Arabic word for God.

He was speaking to a group of journalists and North Korea policy experts at a think tank in central London late Wednesday. “I said to my team: Can you imagine what that would look like? King Jong Un and his family is a cult in North Korea.”

The Kim dynasty has ruled North Korea since its founding in 1948. Each of its three leaders — first Kim Il Sung, then Kim Jong Il and now Kim Jong Un — has inspired an intense, devotional following that has kept them in power…

According to Chun, who lives just 35 miles from North Korea, the challenges allied forces would face in the event of war with Kim Jong Un’s North Korea
include:

— The majority of its military infrastructure is deep underground, a reaction to the massive bombing of the North by U.S. forces during the Korean War, which ended in 1953.

— From the age of 14, every North Korean is given 100 hours of training each year in how to shoot a weapon, fire an RPG, throw a grenade, pitch a tent and other survival skills. “North Korea is militarized far beyond the (West’s) imagination,” Chun said.

— While the North Korean air force is significantly outdated, with approximately 1,000 old fighter jets, these would not be used for air combat, but for kamikaze-style attacks. “They will load them with a lot of fuel, some bombs, and tell the pilot, ‘That is your target and you need to destroy it,'” he said.

— The regime has chemical and biological weapons. Chun said estimates put it at between 2,500 and 5,000 tons.

— It has artillery and rockets that directly threaten the capital city of Seoul, one of the largest metropolitan areas in the world with a population of 25 million people.

— North Korea has 1.3 million active members of the military and 7.7 million reserves. It has 200,000 special forces whose official name translates as “monkey units,” a reference, Chun says, to the “doped-up disrupting role they would play” in any conflict.

He gave his assessment of the threats facing Seoul and Washington amid reports, including in The Wall Street Journal, that despite an apparent easing in tensions this week after the first talks between North and South Korea in two years, President Trump’s administration is still teetering between launching a preemptive strike on Pyongyang over its pursuit of nuclear weapons, and holding out for diplomacy.

“A lot of good talks are going on — a lot of good energy. I like what I’m seeing,” Trump said Wednesday. North Korea has agreed to send a delegation to next month’s Winter Olympics in the South and hold military talks aimed at easing frontline animosities…

He said that North Korea’s latest missile test, in November last year, indicated that its intercontinental ballistic missiles were capable of striking the U.S. mainland, including Washington, D.C. “But that’s assuming it only has a 150kg warhead,” Chun said. “If it had a 500kg warhead — which is what we think it would need to have nuclear capability — it probably would not reach the capital. The North Koreans do not really have that capability, and this is where the window still exists for them to cease. If they want to broker a deal with the Americans, they need to do it now.” 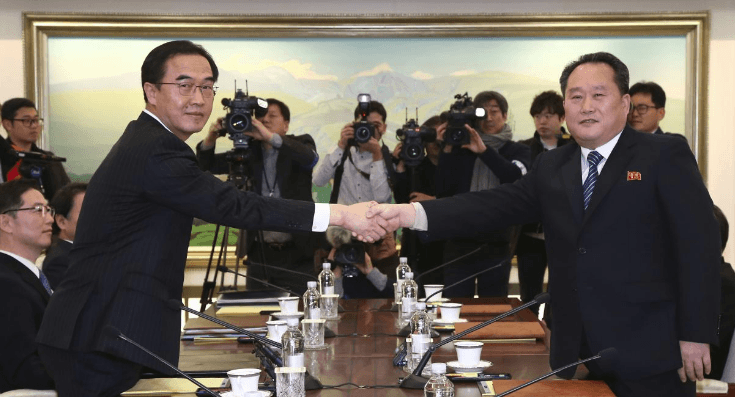 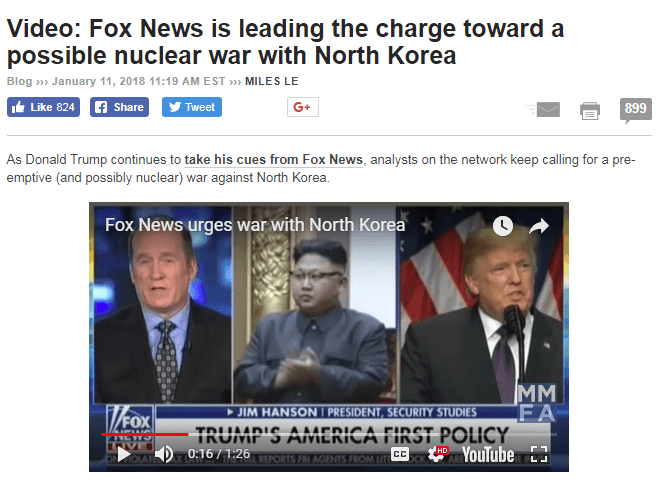