Steve Bannon out as US presidential adviser. The Bannon agenda returns to Breitbart news with a Bannon message that he intends to ‘go to war‘. The ‘McMaster era’ begins as the national security adviser formerly at odds with Bannon reports to an unpredictable president. Will more ‘globalist’ extension, troops and conflicts across hemispheres result 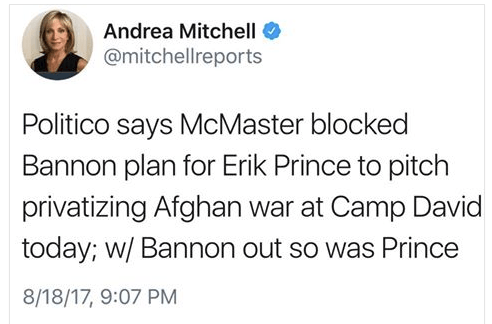 Erik Prince’s Plan to Privatize the War in Afghanistan

Via the Atlantic / The 16-year-old war in Afghanistan has become a central point of conflict in the White House as the administration passes the half-year mark without having settled on a new strategy. Trump has so far rejected the proposals brought to his desk. The troop increases favored by his generals, Defense Secretary James Mattis and National Security Adviser H.R. McMaster, are strongly opposed by his chief strategist, Steve Bannon, and the president himself is skeptical of such approaches.

The “America First” ethos on which Trump campaigned is bumping up against the approach of his military brass. But an answer may finally be at hand. Trump and top administration officials will gather at Camp David on Friday to discuss South Asia strategy. Vice President Pence is even cutting his Latin America trip short to join the talks. 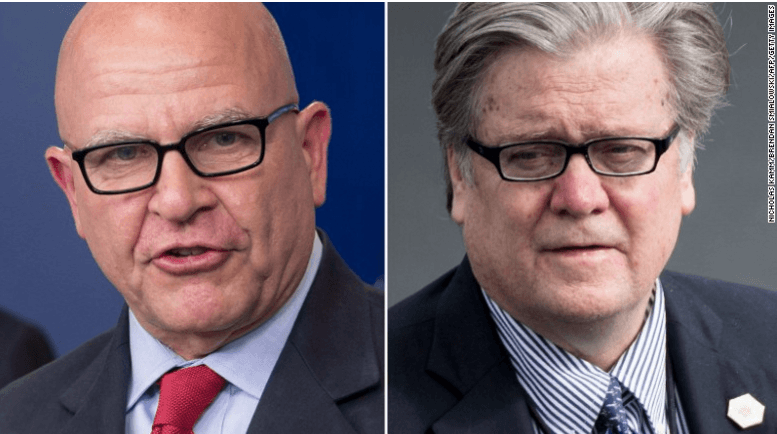 The President tweets re: his meeting at Camp David