Lost: The UK Looks at a Disaster

Over a decade ago now, two Atlantic nations joined up and went to war… It didn’t end well. In fact it still hasn’t ended. The ‘war of choice’ goes on, the fallout spreads. Experts said the war was necessary (it wasn’t), it would be over fast (it wasn’t), it would pay for itself (it didn’t) and the attacked nation’s citizens would “welcome” the invaders with open arms (they didn’t)

Four times as long as War and Peace and almost ten years in the making, the British report on the war has been made public. The Chilcot report took almost as long to prepare as the war as been engaged. The theater of conflict continues to grow  and worsen as we write. The UN reports some 65 million refugees, many of which come from the devastated region and, and as we predicted over ten years ago in lengthy arguments, the costs and consequences of the preemptive war will become generational.

This analysis and these predictions were right, the exhortations and assurances of the experts in the government, the intelligence community, the military were uniformly wrong. We now have the “Chilcot Report” to read, examine, and ask what is this 2.6 million word report adding up to?

Key points in the Chilcot report

Are the British acknowledging the central facts, say the direct connection between Bush-Blair and Brexit? Have the Brits gone back to the basics and taken the Chalmers Johnson footnote about blowback and moved it to the first paragraph of Chilcot? They have not, but it’s time to get real about consequences, and lessons, of failed, disastrous ‘foreign policy’…

This past week’s headlines on this side of the Atlantic and all British news captured the gist of Chilcot… The UK’s role in Iraq War was being condemned by its on the ground facts.

At the center of US power, the Washington Post reported: “A sweeping, multi-year inquiry into Britain’s role in the Iraq War delivered a scathing assessment Wednesday, with investigators blaming the country’s political, military and intelligence leadership for a conflict that could have been avoided and that ended ‘a very long way from success…'”

“In exacting detail, the report lays out a series of failures and misjudgments in a war initially sold to the public on both sides of the Atlantic as a vital intervention to rid Iraqi dictator Saddam Hussein of weapons of mass destruction. No such weapons were ever found. The report describes British intelligence painting a flawed picture of Iraqi military capacity, with agencies never considering that the weapons of mass destruction may not exist. The Iraqi leader, it said, posed ‘no imminent threat’ to Britain.

“In making their case to the public, then-Prime Minister Tony Blair and other British officials described the case against Saddam Hussein ‘with a certainty that was not justified.’ In their private deliberations, they ignored warnings that the invasion of Iraq could be a boon to Islamist extremists.” 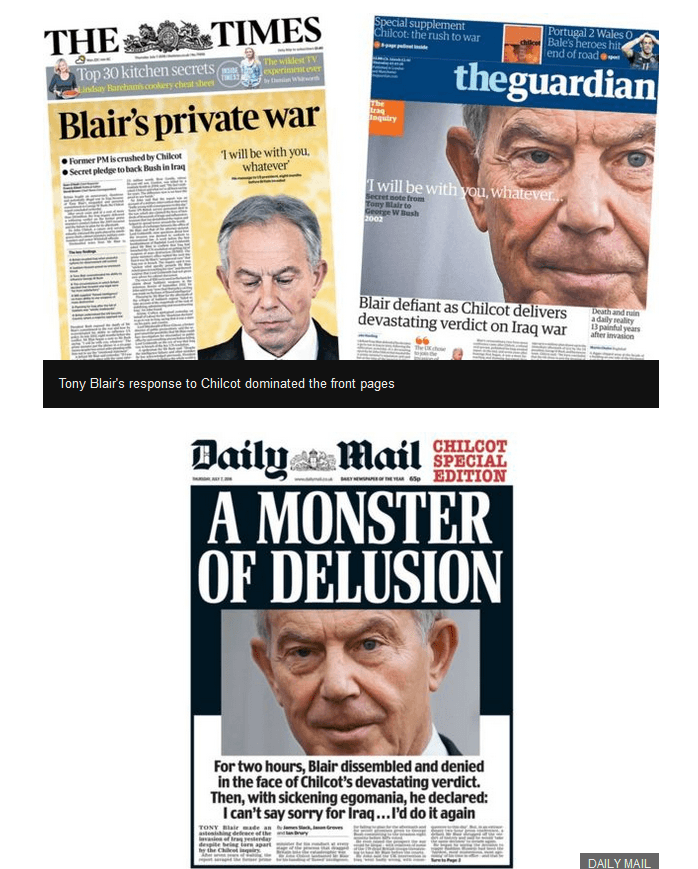 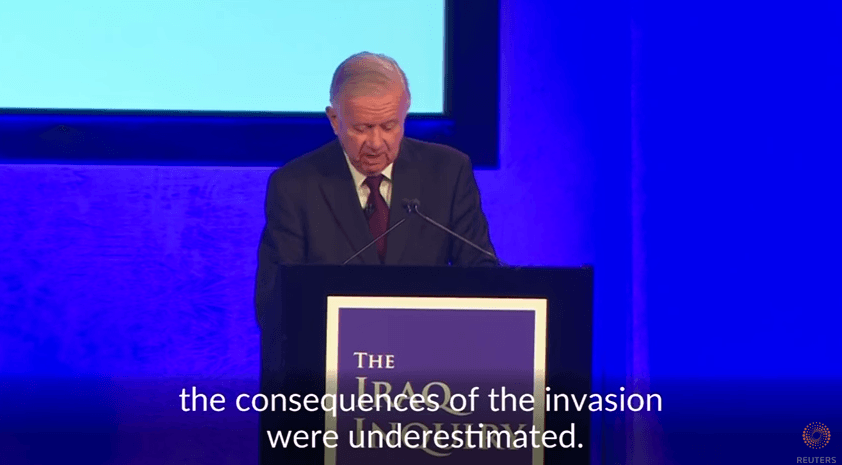