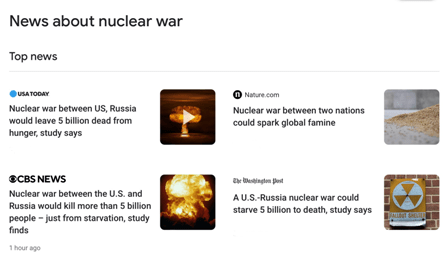 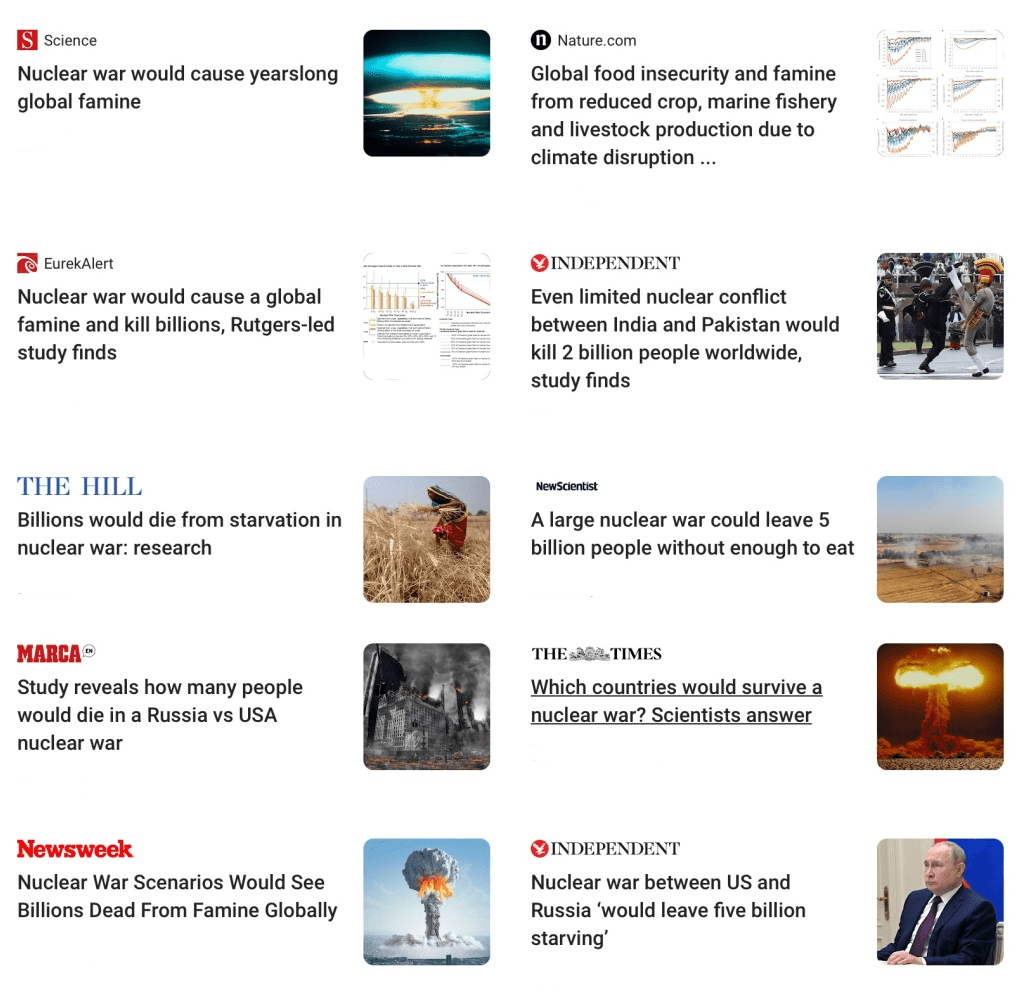 Even a ‘small’ conflict in which two nations unleash nuclear weapons on each other could lead to worldwide famine, new research suggests. Soot from burning cities would encircle the planet and cool it by reflecting sunlight back into space. This in turn would cause global crop failures that — in a worst-case scenario — could put 5 billion people on the brink of death.

A grim vision of a possible future comes from the latest studies about how nuclear war could alter world climate. They build on long-standing work about a ‘nuclear winter’ — severe global cooling that researchers predict would follow a major nuclear war, such as thousands of bombs flying between the United States and Russia. But much smaller nuclear conflicts, which are more likely to occur, could also have devastating effects around the world.

VIDEO: The Story of Nuclear Winter