“I have built a nuclear — a weapons system that nobody’s ever had in this country before. We have stuff that you haven’t even seen or heard about… what we have is incredible” 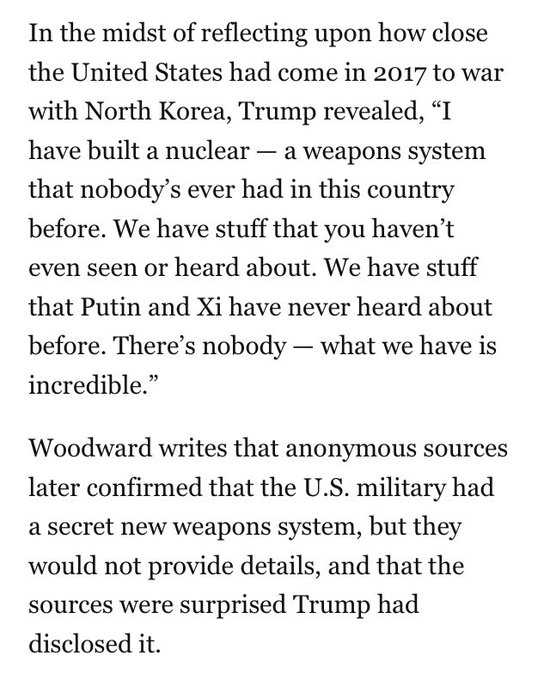 Or perhaps the U.S. president was revealing the W76-2, a new nuclear warhead deployed for the Trident D-5 submarine-launched ballistic missiles.  The revelation would not be ‘secret’. These so-called ‘usable’ low-yield tactical nukes are assessed widely as bringing more risk of misjudgment and a strategic, catastrophic nuclear exchange.

The U.S. Navy currently fields 12 nuclear-powered ballistic missile submarines, each equipped with approximately 20 Trident D-5 submarine launched missiles. Each D-5 carries between four and five W-76 warheads each. The W-76 has an explosive yield of approximately 100 kilotons, or about six times the power of the bomb dropped on Hiroshima. With a range of 4,600 miles, a U.S. missile submarine parked off the coast of Canada could rain up to 80-100 warheads on western Russia. 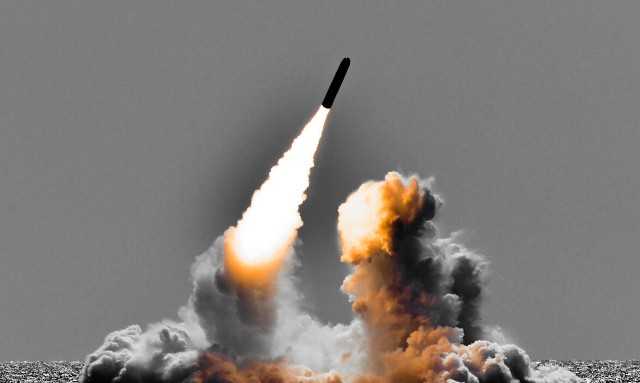