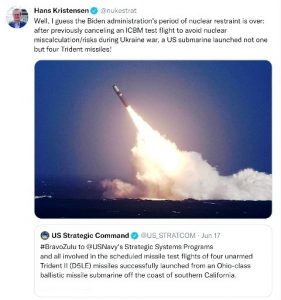 A proverbial “turning point” came during the 1998-1991 collapse of the Soviet Union. In 1992, your Strategic Demands editor, working in the presidential campaign of Gov. Jerry Brown and developing the campaign’s platform, spoke often of a “peace dividend”. Governor Brown focused the campaign’s foreign policy on peace potential….

Kissimmee, Bedroom Community of Disneyworld   Excerpt from American Twilight: A Memoir of Another War- by Steven Schmidt Published by the Green Institute | 2004       Less than a generation ago, the U.S. war department was called “the War Department.” Now the war department is called “the Defense Department” and nuclear warheads are […]