Today’s Munich Security Conference has Europe on edge – as it should be. The name of the Ukraine derives from Ukraina (оукраина) the “borderland”, from the Proto-Slavic krajь, meaning the “edge”, and the internal war in Ukraine threatens to become the edge of a wider war – a Cold War 2.0

The reporting and commentary of Strategic Demands since our initial launch has focused on new definitions of national security. The banner under which we write speaks of Security being a mutual endeavor, “security is indivisible”, demanding points of view that are not ‘old world’ in the form of unquestioning nationalism that delivered historic wars, but rather a ‘new vision’ linked to a newly connected world, where peoples of the world go online and see, via the Internet, news and images of a 360° world.

The 20th century of nationalism has given way to a new millennium that promises historic change, much of which will be enabled by the world wide web. Even as ancient antagonisms, religious beliefs, tribal rivalries, petro money, blowback and cycles of revenge play out, we are on a historic stage with opportunities to move away from the past. The means and methods of the old ways are being replaced by another realm, where citizens can watch their representatives at work, online and live, now in Munich, and read their missives from the frontlines of negotiations in progress.

The current conference in Munich offers a test to take strategic affairs to the next level.

The news carried up to the Security Conference  is replete with escalation, a ratcheting up of sanctions, armed conflict, quid pro quo threats, and most ominously the re-emergence of nuclear weapons in Europe and region, as development and deployment of next generation weapon systems spreads among the nuclear powers.

Looming large is the ‘modernization’ of next generation US Air systems, the largest weapons program in the nation’s history, the F-35, newly announced as carrying next generation B61-12 nuclear ‘smart’ guided weapons — which the Russian Federation is responding to with a broad front of military moves.

The ramifications are, in our considered opinion, to be seen in the Ukraine, the edge of a new, ‘modernized’ Cold War.

We have written of “provocation” in its most basic form —

Our readers know too well of the historic provocations that led to World Wars 1 and 2 — the lessons learned carry over to today.

Munich — the name itself is ominous with the backdrop of Chamberlain’s pre-World War 2 mistakes in the Munich agreement. Experts in history, war, and strategic policy know that the road to war has gone through Munich.

There is a difference, however, between today’s “flashpoints” and the echoes of the Munich Sudetenland disaster. A “conventional” war is being fought in the Ukrainian Donbass region and not far removed are tactical and strategic nuclear weapons.

Our readers also know that, today, nuclear weapon arsenals, tactical and strategic, remain on ‘instant alert’ with response systems in place enabling a firing within minutes, a vestige of “mutually assured destruction” policies of the Cold War.

The “fail safe” of a pre-Cold War era of conventional weapons is no longer. The “fail safe” today is near at hand, literally in the hands of multiple countries with multiple policies, fallible technologies (“normal accidents: living with high risk”) — and less-than-secure nuclear response systems.

Nuclear delivery systems, redundant and deployed, are again expanding their capabilities — sea, land and air — destroyers with nuclear-tipped cruise missiles, submarines in the Atlantic, Mediterranean, and the Gulf with nuclear first- and second-strike response capabilities, forward-deployed nuclear land-based missiles and fighter/bomber nuclear weapons in the Middle East and across Europe.

The treaties that have been drawing down nuclear weapons, over the past two decades, are now in danger.

The removal of tactical nuclear weapons from Europe, per treaty agreements, has stalled.

The risks and costs of the Ukrainian civil war are growing, across Europe and the world, as proliferation rises as a threat as calls to escalate grow.

It need not be said, but we will say, since in our reading of the popular press/media it is not being said, how fortunate it is that the Ukrainian nuclear weapons were removed by treaty (the Budapest Memorandum between the Ukraine, Russian Federation, UK, US, later with France and China.)

Yet, Ukraine’s nuclear capabilities were not removed even as its nuclear warheads/missiles were… Ukraine retains significant nuclear expertise, fuel cycle capabilities, and a large nuclear power program.

Although the 1986 Chernobyl disaster, the world’s worst nuclear accident to-date, occurred in what is now Ukraine, the civil war has produced calls for the re-firing of the Ukrainian nuclear program — both as deterrent and offensive capability.

Should Ukraine rewrite history and reacquire nuclear weapons? No and no.

The background to the current Munich talks is nuclear risk.

The statesmen gathered in Munich would do well to remember what is at stake — and it is more than the Crimea and the Donbass and Russian Federation’s access to the Black Sea.

Let us ask, again going back to history, how President Kennedy reacted to nuclear missiles in Cuba in the early 60s.

The US “Monroe Doctrine” and extended security demanded a response — and the response brought the nations and world close to an Armageddon.

Flash forward, today, it may seem difficult to picture any similarity to the situation in Europe — but picture a Russian Federation version of the Monroe Doctrine…

Picture President Putin, the nationalist and a security establishment that has announced it is ‘under attack’ by pro-US power extension, from new missile systems to new deployments.

Consider the reciprocal responses of strategic security establishments, as cooperation has increased, the breakdowns are threatening the whole fabric of East-West relationship.

The US and the Russian Federation have made much progress in winding down the nuclear arms race over the past two decades and have a wide range of cooperative, shared interests, here again from the NY Times writer:

— The fight against Islamic terrorists is of paramount importance to both superpowers. Russia is under siege in the Caucuses, Chechnya, Dagestan and many of its former and present Asian-Muslim Republics. The U.S. is being targeted by Islamic terrorists throughout the entire Middle East, Egypt, Syria, Libya, and Gaza, as well as large swaths of North Africa.
— The need to prevent further nuclear proliferation and speed up disarmament is essential. Iran must be dissuaded from developing a nuclear capability. Japan, South Korea, Egypt, Syria, Turkey must be convinced that they don’t need nuclear weapons, just because their enemies have them.
— The U.S. needs Russia’s help in keeping the Middle East from blowing up, particularly in Syria. Putin is supporting the Assad regime because he thinks that the alternative would be a Jihadist victory — not such a farfetched possibility. Russia did encourage Assad to give up his chemical weapons.
— North Korea and the China seas is another particularly sensitive area. We need Russia to exert a stabilizing hand there, so that the risk and temptation to use nuclear weapons is minimized with eventual disarmament.

Add to this list, the cooperative action on space and the International Space Station, international affairs, environmental issues, future endeavors that require joint action between nations.

The Munich Security Conference has much at stake, much more than the civil war in the Ukraine.

The German and French proffered plan to settle the major difference between the Ukrainian people hopefully is taken up as a step and rebuilds the beginning of a new set of broader solutions, de-escalating not adding billions in new weapons spending. Reducing the risk of miscalculation and disaster needs to be a strategic goal, a mutual goal.

The arsenals of today have the narrowest of margins for mistake. 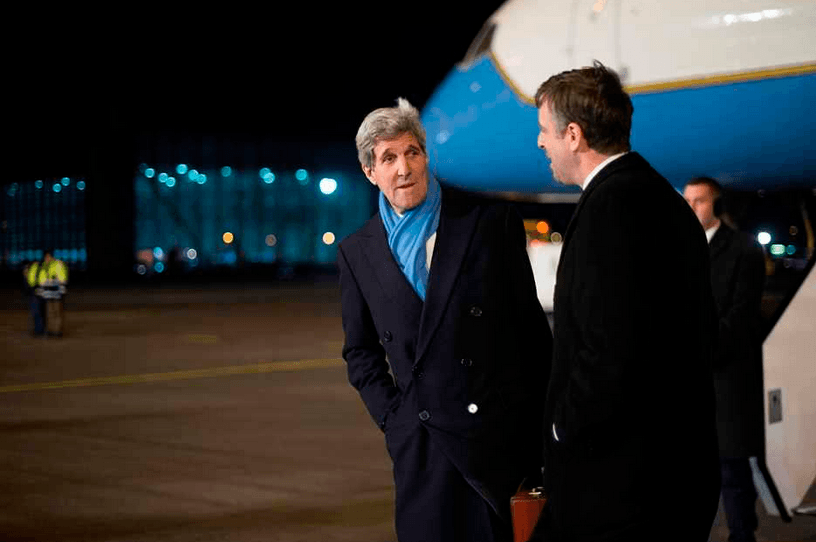 “Our new era is one defined by ideological clashes, nationalistic resurgence and territorial occupation — an era in some ways similar to the tragic periods of confrontation in 20th-century Europe…

“We did not seek this confrontation. This new era crept up on us, because we did not fully win the Cold War.

“We cannot say how long the current autocratic government in Russia will endure. But a sober, realistic strategy to confront this new threat will help to shorten the tragic era we just entered.”

a NeoConservative point of view…

Report from #MunichSecurityConference : The spirit of appeasement dominates the hall, presented as Pollyanish pseudo-realism. Depressing.