Nuclear Debate on First Use

In the US Congress survival is being debated. Nuclear weapon use, first use, is up for debate for the first time in over 40 years. A point of view brought forward by StratDem before the presidential election and more actively since July 2016 is now world news. Now is the time to change first-use policy 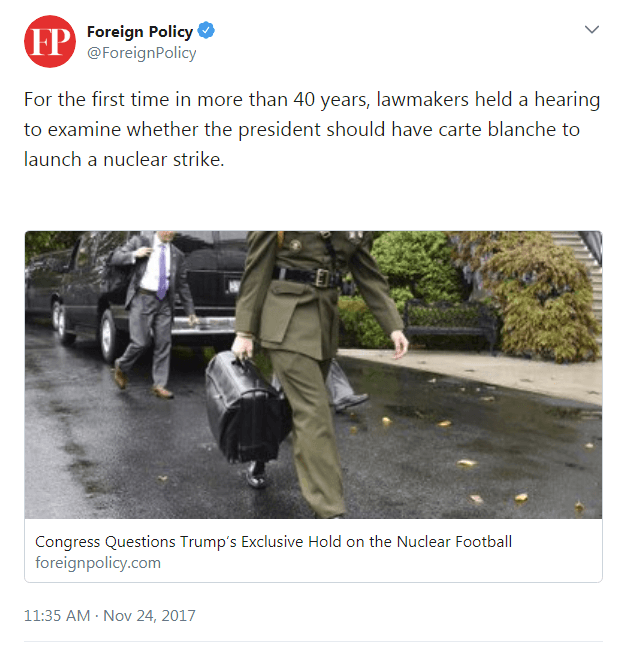 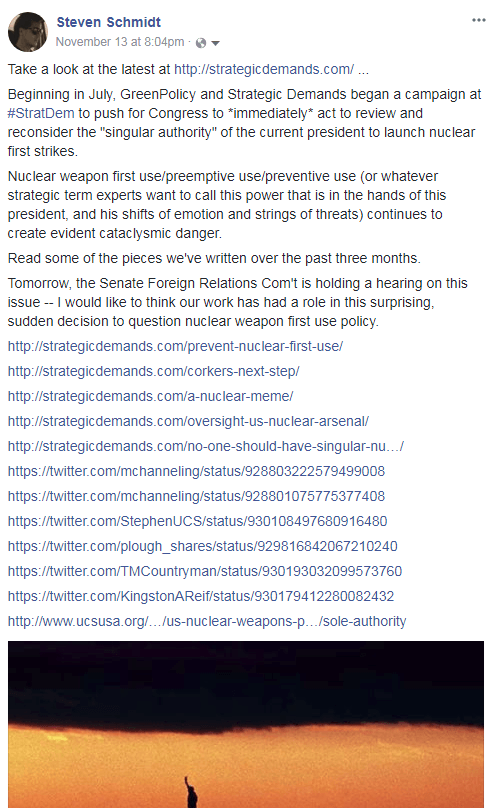 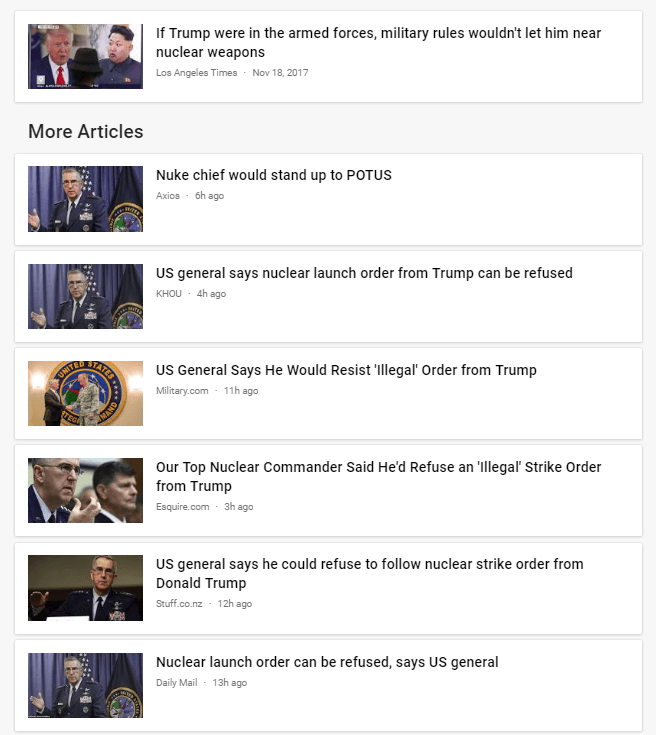 Nuclear launch officers are highly trained to implement orders as given – insubordination is not an effective check on Presidential nuclear powers. Watch @Radiolab episode on the subject to learn more about what happens to individuals who question this: https://t.co/Fbujmciyhc

ICYMI We could easily stumble into a nuclear holocaust. Let's fix that for ALL presidents, starting now #RestrictFirstUse https://t.co/BRwkYTJPrp

Important read from Peter Feaver on presidential launch authority and military role: “authenticated orders from the national command authority have a presumption of legality. (Note: the presumption is even stronger in launch-under-attack scenarios…). https://t.co/DuWAknmmsU

After 9-day Global Thunder exercise, STRATCOM’s new deputy director for strategic targeting and nuclear mission planning called it "the most sobering job I’ve ever had in my life…Quite frankly, if we ever come to a strategic exchange, nobody wins."https://t.co/O7xcd2hg8s pic.twitter.com/pRUonDGeY4