As war drums beat, talk of war grows closer. Yesterday, we exchanged pre-publication messages with professor Tom Nichols over the issue of “preventive” versus “preemptive” war. We went further by asking how many Americans, who support a US attack on North Korea, even know the difference between preventive and preemptive war. A Trump-ordered first strike whether presented as preventive or preemptive will deliver immediate odds of becoming a modern-day MAD scenario of failed deterrence and retaliatory nuclear war 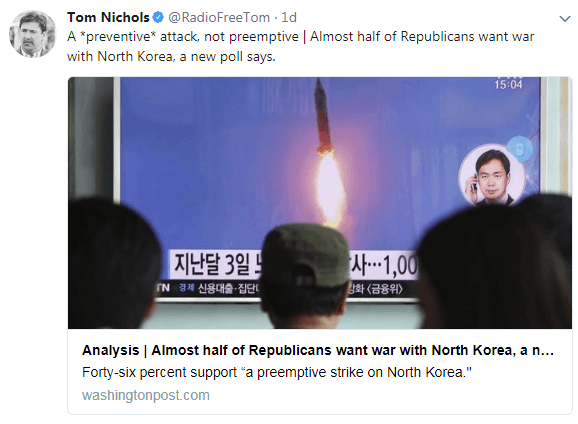 In late August Strategic Demands worked to draft a legislative proposal that would limit the US president’s authority to order a first strike using nuclear weapons.

We followed this up by reiterating our call to go beyond proposals in Congress that have not moved forward.

StratDem contacted a number of experts, including Tom Nichols, to share the proposed legislation and to raise the critical nature of the nuclear use issue as many commentators, members of Congress and government officials current and past, are questioning the president’s erratic behavior, impulsive actions, and tendencies to act vengefully.  “Counterpunching” is his style media commentators have explained. The president’s threats, tweeted almost daily, continue.

Threats to ‘counterpunch’ in Korea, when the Chinese government has gone on record saying it would come to North Korea’s defense if the US strikes first, and accompanying consequences that will undoubtedly spiral ‘out of control’ in the event of war, brings us again to call for actions, now, to prevent nuclear first use via the singular powers vested in the US president to initiate war. 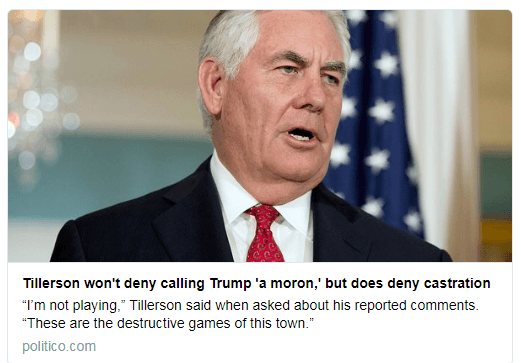 as Threats of Wars Ratchet Up

US President Threatens at the UN