Since Strategic Demands inception, we have been focusing on national and global environmental security issues. Nuclear proliferation is among our first-tier concerns and a next generation of nukes will soon make their in-theater presence known with ‘smart’, deployed B61-12 weapons and newly configured F-35 platforms. 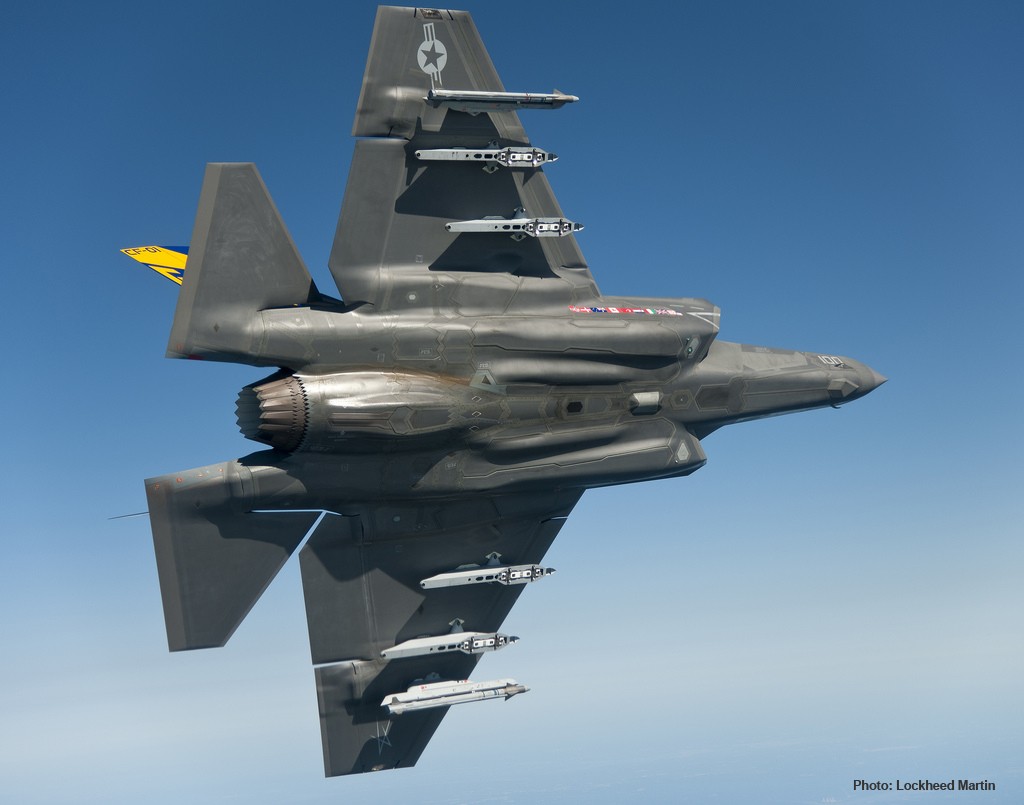 F-35s, a Next Gen Nuclear Platform

Update: New designs for B-61 nuclear warheads and array of delivery systems

B61-12 is the latest variant of the B61 family of air-launched nuclear gravity bombs, which have been operational with the US military since 1968. The new variant is intended to improve nuclear capabilities of the US Air Force and allied nations. The bomb can be air-launched by the aircraft platforms such as B-2A, F-15E, F-16C/D, F-16 MLU, PA-200, F-35, and B-21.

Scheduled to be completed by 2025, the programme will extend the B61 bomb’s service life by 20 years.

The B61-12 nuclear weapon has a length of 12ft and weighs approximately 825lb. It can be fired at the target in either ballistic gravity or guided drop modes.

The weapon is based on the B61-4 warhead and boasts two main assemblies, bomb assembly, and tail kit guidance assembly. The bomb assembly comprises reused, refurbished, and the latest nuclear and non-nuclear components.

The B61-12 air-launched tactical bomb will carry a low-yield nuclear warhead to destroy military targets with minimum collateral damage. Located in the bomb’s middle section, the warhead will have four yield options, including 0.3kt, 1.5kt, 10kt, and 50kt.

The Most Dangerous Nuclear Weapon / via The National Interest

U.S. Air Force plan to deploy modernized B61-12 nuclear bombs to Germany’s Buchel air force base this fall — replacing the 20 weapons already at the site — “could alter the balance of power in Europe, and without a doubt it would demand that Russia take necessary countermeasures to restore the strategic balance and parity.” – Russian spokesman Dmitry Peskov to reporters at a press conference Sept. 23. (ref)

As an example of possible Russian responses, an unidentified “military-diplomatic” source told the Interfax news agency that Iskander-M tactical missiles could be redeployed to Kaliningrad, the Russian Baltic Sea enclave between Poland and Lithuania.

Nuclear ‘Modernization’ as a Threat

The questions and definitions of “nuclear modernization” remain at the forefront of the proliferation debate and, as we look to an ominous threat horizon, a next generation of nuclear weapons will soon be reshaping the dimensions — and risks — of a post Cold War landscape with new offensive tactics and retaliation strategies.

Few, apart from specialists in the national security fields, weapon designers and engineers at the national labs in the U.S. and military/procurement officials in the respective international military establishments, are aware of what is about to roll out and take off…

What is your level of awareness as a next generation of nuclear weapons are deployed in some of the hottest war zones and the challenge of a new nuclear weapons era draws closer?

Time for nuclear sharing to end

You have to keep threatening to use nuclear weapons to make nuclear deterrence work.

Old B-61: primary thermonuclear weapon in US stockpile since the end of the Cold War.

It was already announced some years ago, but last week Germany woke up to the fact that new US nuclear weapons are actually going to be deployed at its base in Büchel. Frontal 21, a programme on the second main TV channel reported last Tuesday that preparation for this deployment was due to begin at the German air force base. The runway is being improved, perimeter fences strengthened, new maintenance trucks arriving and the Tornado delivery aircraft will get new software.

It is a little known fact: Germany (and four other European countries) host nuclear weapons as part of NATO “nuclear sharing”. This means that in a nuclear attack the US can load its bombs onto German (or Belgian, Italian, Turkish and Dutch) aircraft and the pilots of those countries will drop them on an enemy target. This arrangement pre-dates the Non-Proliferation Treaty (NPT), which explicitly disallows any transfer of nuclear weapons from a nuclear weapon state to a non-nuclear weapon state, thus undermining the spirit of the treaty.

This new nuclear bomb – the B61-12 – is intended to replace all its older versions and be able to destroy more targets than previous models. It is touted by the nuclear laboratories as an “all-in-one” bomb, a “smart” bomb, that does not simply get tossed out of an aircraft, but can be guided and hit its target with great precision using exactly the right amount of explosive strength to only destroy what needs to be destroyed. Sound good?

This new “magic bomb” is not yet with us. It is still being developed and is planned to be deployed in five years time, if there are no more delays. The development of the B61-12 – euphemistically called a “Life Extension Programme” although it is a full redesign not just an update – has fortunately taken longer than intended, giving us more time to convince European leaders what a bad idea it is to deploy new nuclear weapons in Europe.

The debate is already under way in the “host” countries, most prominently in the Netherlands where the parliament has already voted not to task the new F35 aircraft with a nuclear role. However, the Dutch government is not listening. The German Bundestag voted in 2010 to get rid of the B61, and the government was nominally in favour, but after the change of government in 2013, Foreign Minister Steinmeier put the decision on ice, quoting the new security situation.

Yet the current confrontation between NATO and Russia needs deescalation, not rearmament. Sending a signal to Russia that NATO is modernising its European infrastructure and deploying new high-tech bombs is bound to elicit a reaction. Even as we write, reports are coming in that Russia will respond by withdrawing from the INF-Treaty, basing SS-26/Iskander missiles in Kaliningrad (didn’t they already do that?) and targeting Germany with nuclear weapons.

And what will be the NATO response to all of those threats? When will this escalation become hysteria and the first ‘shot across the bows’ start a nuclear war? Nuclear deterrence is the archetypal security dilemma. You have to keep threatening to use nuclear weapons to make it work. And the more you threaten, the more likely it is that they will be used.

This is the moment where nuclear weapon-free countries need to call out for a ban on nuclear weapons to stop this madness. It is also the right time for nuclear co-dependents, like Germany, to make up its mind to give its nuclear dependency up.

Deploying new nuclear weapons is forbidden by the NPT, which obligates its members to end the arms race. The transfer of nuclear weapons from the US to Germany and any plans to do so also undermine the NPT. As a responsible member state of this important treaty, it is time to denounce nuclear weapons and to join the international community of nuclear weapon-free countries that is signing the ‘Humanitarian Pledge’, calling for the legal gap to prohibit and eliminate nuclear weapons to be closed. Time for Germany to show some real leadership for nuclear disarmament.

Read More: One Day in a Nuclear Arms Race