Ukraine crisis has pushed Europe toward renewables — but will the change come quickly enough?

The Russia-Ukraine crisis is forcing a change unlike any before, driving the European Union to make plans for a permanent, far-reaching break from Russian oil and gas…

The strategy to split from Russian energy, expected to be announced by the European Commission next week, would give Europe a freer political hand against Russia than it has had in the past. It would take years and come with a hefty bill for European taxpayers. But it comes with the crucial backing of Germany, a nation so entangled with Russia that one of its former chancellors, Gerhard Schröder, is the chairman of Rosneft, Russia’s biggest oil company.

With this week’s arrival of Russian boots on Ukrainian soil, Germany had enough. Chancellor Olaf Scholz shelved the Nord Stream 2 gas pipeline between Russia and Germany, a new project that was emblematic of Europe’s energy-focused approach to Russia. And the European Commission’s planned strategy next week aims to accelerate the transition to renewable energy so that Europe never again is so dependent on the Kremlin… 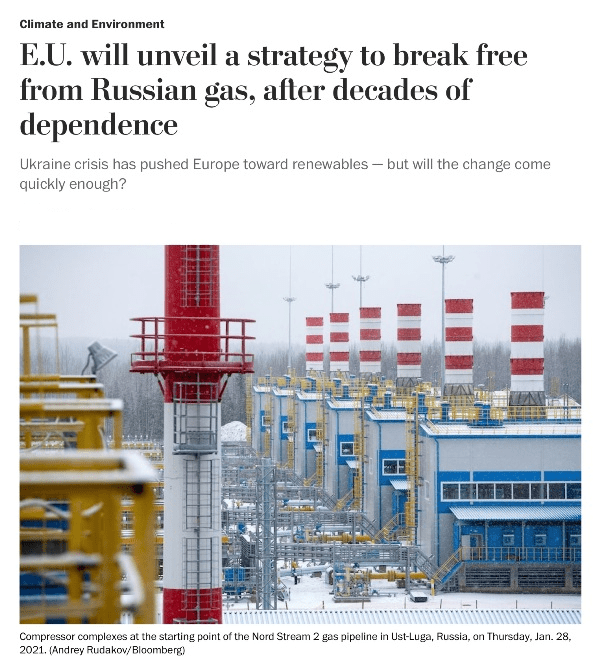 Lessons of history: Since the early 1900s, the strategic imperatives of oil/gas have become a foundational basis for national security policy. Since the conversion of colonial Britain’s fleet from coal-powered to oil-powered, the Middle East has become a center of geo-political conflict. The actions of British Petroleum and the British control of the Anglo-Persian Oil Company were a start as Iran’s oil fields became, in effect, Britain’s oil fields. Other oil/gas fields throughout the Middle East became new discoveries of vast energy-supply deposits and they too fell under the focus of British, European and U.S. power needs and military actions.

One core lesson in the quick revisit of history is that the fossil fuels era was at the center of strategic power struggles. Energy was and still is at the core of each nation’s strategic development policies. Yet changes in the old ways and the costs of the old ways.

Strategic Demands and its associate, GreenPolicy360, look to the future and we have continued to ‘demand’ with our focus on the need for New Definitions of National Security. The move by nations of the world to renewable energy will change the balance of power and decades of conflict, struggles and war over access and control of vital oil/gas energy supplies. Now, with the Russia-Ukraine crisis and energy disruptions, we again point out the need for transitional policies to avoid the deep costs of war, the costs of oil/gas “externalities” and attendant security threats that border on existential. The shift of European nations to renewable energy, as led by Germany, is a harbinger for a future that hopefully comes into existence sooner rather than later. (SJS-Editor)

The German foreign minister, a Green Party member, has threatened to stop Nord 2. She is one who understands the climate-related existential issues, just as she (and the German Greens who were out in front in opposing European based nuclear weapons and existential survival issues in the 1970s/80s)

The deeper, larger existential issues are not ‘newsworthy’ in the reporting of day-to-day saber rattling, the current ratcheting up of Russia-Ukraine stories, the threats of imminent war, but the nuclear weapons threats and climate disruption threats are deep and larger threats to mutual national security impacting all nations. 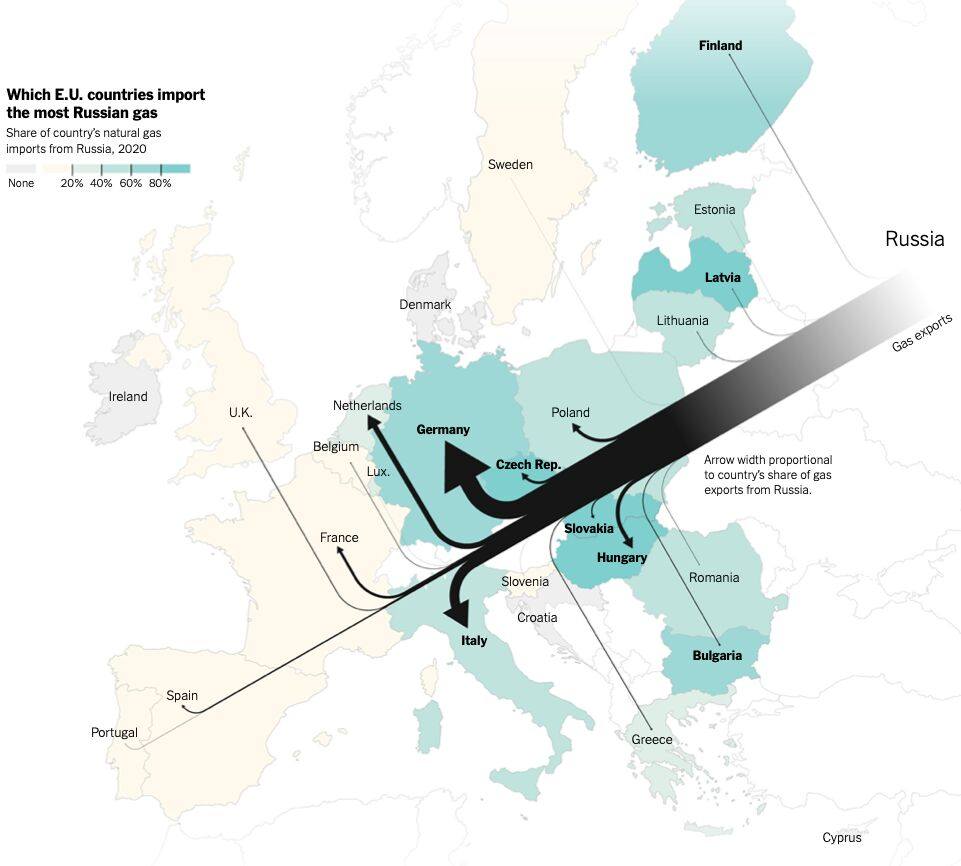