(Associated Press – July 28, 2020) — Antagonisms between the United States and China are rattling governments around the world, prompting a German official to warn of “Cold War 2.0”

Strategic Demands: The Associated Press quote of a German official is far behind the geo-political reality of a “Cold War 2.0” and the proliferation of weapons technologies that have escalated in the past decade.

The agreement by the Obama administration with a Republican Senate demand to expand nuclear weapons capabilities and mount a multi-decade development of new, ‘modernized’ tactical and strategic systems, led to a counter-move by China and Russia. Recently the U.S. announced as a new Trump administration strategy the intent to spend Russian and China ‘into oblivion’ in a new nuclear arms race. The existing nuclear arms agreements having been collapsing one after another, a modern-day version of the old Domino Theory. The New START agreement is next in line and China has made its intent clear that the U.S. demand that China be restrained makes no sense in an era where the U.S. is racing to deploy next generation nukes, and breaking national and international agreements at will. The withdrawal of the U.S. from the Iran nuclear agreement is a case in point. The U.S. economic and financial sanctions, wielded at the seeming whim of an unpredictable and threatening president, is another case in point. The die is cast and the repercussions and ratcheting up, global polls show a turn away from public approval of the U.S. and, under the Trump administration, hard power, proliferation, escalation and politics are all in play. The consequences from abandonment of security in the form of cooperative action against climate disruption, from retreat and collapse of protective enforcement against nuclear weapons proliferation, from the loss of global trust and acknowledgement of common interests — all will have profound costs and these can be traced back to 2016-2020.

To mark this turn of events, let us review a snapshot if you will, one press release, a Chinese statement pointedly indicting the U.S. — and the U.S. response.

Notice how the Chinese refer to their government as the CPC, and the U.S. Secretary of State responds to them as the CCP.

Diplomacy in absentia … Who and what is the real threat to the world? 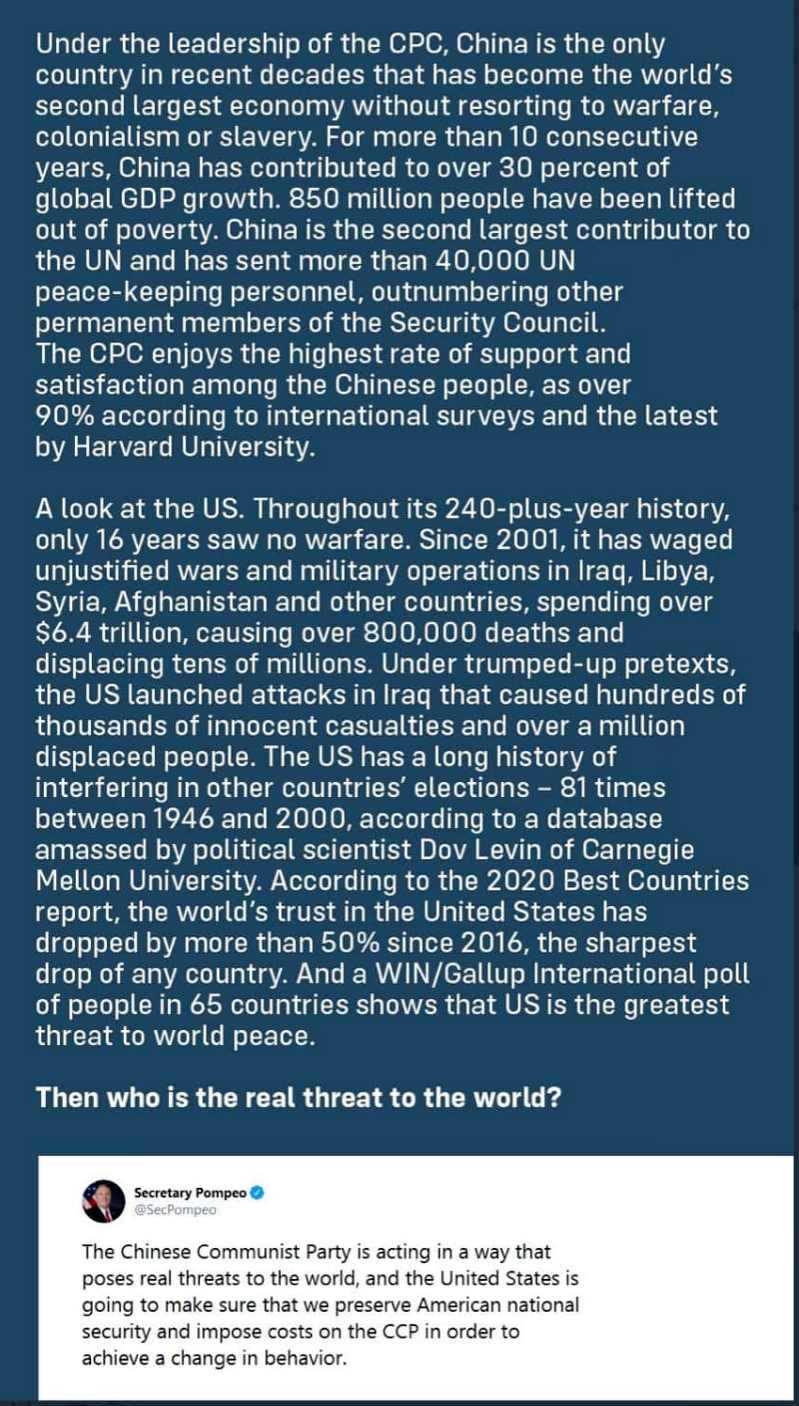 Now, we move to the Associated Press report of the U.S.-China “spats”, a ‘roll up’ as it is known in the trade. Here is the AP team’s report:

BEIJING (AP) — Antagonisms between the United States and China are rattling governments around the world, prompting a German official to warn of “Cold War 2.0” and Kenya’s president to appeal for unity to fight the coronavirus pandemic.

Global trade already was depressed by the 2-year-old tariff war between the world’s two biggest economies. That rancor has spread to include Hong Kong, Chinese Muslims, spying accusations and control of the South China Sea.

Caught in the middle, other governments are trying to defend their own interests…

The AP story can be accessed here. 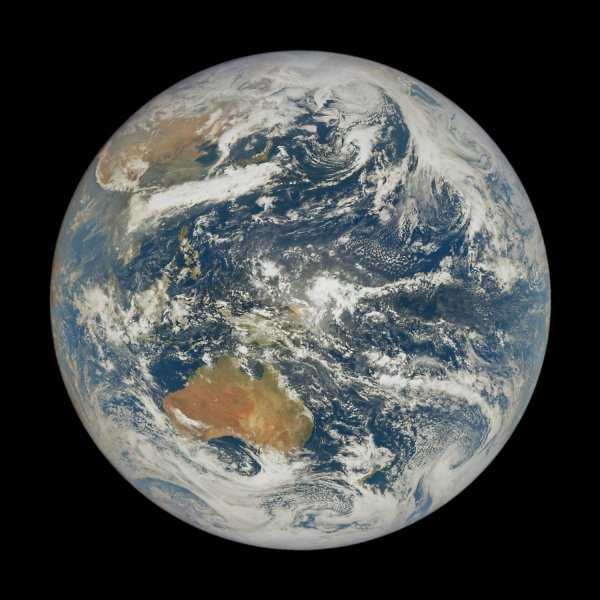 A daunting geo-political reality is that there are many more points of friction than the ones the AP writers list.

StratDem would add, as we have explored in previous stories, the global financial exchange system (moving away from domination by the dollar); the Chinese ‘Belt and Road Initiative’ and cross-continents Eurasian trading system (infrastructure-land-rail-maritime); technology (especially high tech, mobile internet and networking); African resources (China has made deep inroads into African for essential manufacturing resources); oil/gas-petrol politics (agreements between Russia-China and Iran-China are described as ‘energy deals of the century’); Cyber intelligence – Cyber conflict; and near-earth orbit space (with Russia and China both advancing hypersonic weapons capabilities) and satellite communications …

The points of global conflict have spiked from 2016-2020. The loss of effective diplomacy, the shared results of soft power and mutual cooperation to confront mutual security challenges, has become a generational failure.

History will tell a tale of a ‘rattled world’ as the third decade of the 21st century commences with apprehension. 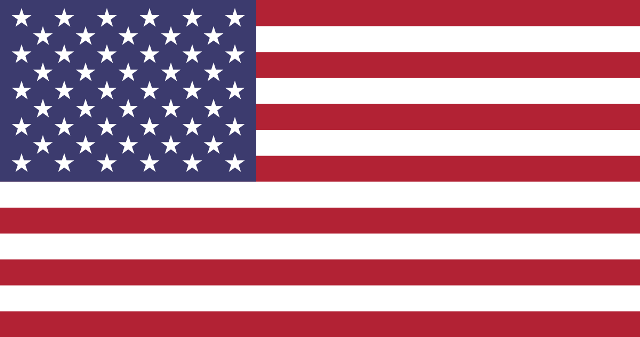 The U.S. clearly has far to go to convince the world’s people the U.S. system is that of a peaceful, trustworthy allied partner.