Another Perspective on Ukraine-Russia and What Comes Next

Perspective is essential in understanding causes of war — and roads to peace. Strategic Demands strives in our work to see security, and mutual security, with a realistic perspective. Here, Anatol Lieven, brings a “Responsible Statecraft” perspective…

We see a war that is larger than conflict between Ukraine-Russia;

We see a struggle that will cut across the coming years of the 21st Century;

We see ‘West vs East’, a Eurasian ‘Great Game’ that will ultimately challenge world security; 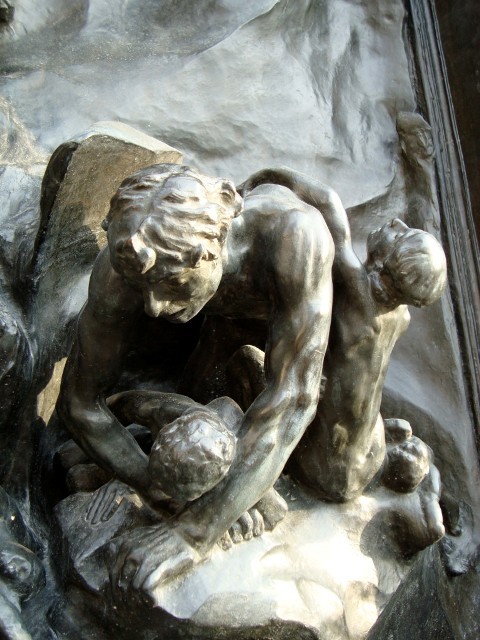 Ukraine: What Russia wants, what the West can do

For those who understand Moscow’s establishment and view of their country’s vital interests, none of this should be a surprise

Ukraine: What Russia wants, what the West can do

>Since NATO expansion first began in the mid-1990s, Russian officials and other establishment figures have been warning that if the West tried to turn Ukraine into an ally against Russia, this would lead to confrontation and quite possibly war. As the great international relations scholar Hans Morgenthau taught, to craft a viable U.S. policy towards other major states, it is essential to understand from within how they see the world and their country’s place in it. Today, we need to do this if we are to craft a policy towards Russia that will bring about an end to this war, a Russian withdrawal from Ukraine, and a restoration of Ukrainian sovereignty.

>Ukraine is critical to that vision. A Ukraine hostile to Russia and strongly linked to the West negates any possibility of Russia leading a reasonably strong regional bloc of states. From this point of view, most Western observers have not understood just how severe was the defeat suffered by Russia when Ukraine experienced the revolution of 2014 and rejected membership of the Eurasian Union. Seizing part of the Donbas, and even annexing Crimea, were very miserable consolation prizes by comparison.

>Ukraine is by far the biggest former Soviet republic apart from Russia, with 44 million people to Kazakhstan’s 18 million and Belarus’ nine million. Ukraine has by far the largest Russian ethnic minority outside Russia. Without a largely Russian-speaking Ukraine, Russia loses most of its status as an international language. Without Ukrainian membership, the Eurasian Union is a pathetic shadow. At the very least, the Russian establishment — going back to Boris Yeltsin’s administration in the 1990s — has been absolutely determined that Ukraine should not join an anti-Russian alliance.

>Russia’s interest in Ukraine however goes far beyond the economic and strategic. As emphasized in Putin’s articles and speeches, Russians see their own cultural and historical identity as closely bound up with that of Ukraine…

>Whether Russia would have accepted a Western offer of compromise (if one had been made) involving a moratorium on NATO expansion and mutual arms limitation, we will probably never know, and this question is now academic. L’appetit vient en manger (“appetite grows with eating”) as the French say, and the more of Ukraine Russia now occupies, the more ambitious its goals in Ukraine are likely to be.

>The point is, however, that these goals are now overwhelmingly focused on Ukraine. Nobody in Moscow now appears to believe that there is any possibility of an agreement with NATO on conventional arms limitation, or on some form of new European security architecture. The most that can be hoped for by Moscow is a Cold War-style treaty on nuclear arms reductions, and perhaps some agreement on cybersecurity. When the Russian government decided to invade Ukraine, it chose to accept that relations with the West would be basically hostile for a long time to come…

>Concerning Ukraine, there are two possible paths for Russia to take. Which one will be chosen will become apparent in the next days, or possibly hours. The first would be an agreement with the existing Ukrainian government (as publicly demanded by Russia immediately after the invasion) that would guarantee Ukrainian neutrality and the exclusion of Western armaments. Moscow will almost certainly also demand that the Donbas republics, and any other Russian-speaking areas occupied by the Russian army, receive fully autonomous status within a federal Ukraine. Moscow would likely present this to the West as an expanded version of the Minsk II agreement of 2015 on autonomy for the Donbas within Ukraine.

>The second path would be for Russia to occupy Kiev itself, replace the Ukrainian government with Russian puppets, and draw up a new Ukrainian federal constitution by Russian diktat. At this point, Moscow might also try to force its Ukrainian client state to join the Eurasian Union and CSTO. This would be a vastly more dangerous project for Russia.

>Unlike local governments in the Russian-speaking areas, which Moscow at least hopes could gain a measure of local legitimacy, a puppet government in Kiev and the Ukrainian ethnic heartland would only survive with the permanent presence of a Russian army. The government and army would face permanent mass unrest and violent resistance,which it only could quell through savage repression.

>This would be atrocious for the people of Ukraine, and very dangerous for NATO. If the United States decided to arm a guerrilla war in Ukraine, such a force could only be supplied through Poland — which Russia then might directly target, which likely would expand and escalate the conflict dramatically. Furthermore, this guerrilla war would inevitably turn into an ethnic conflict of Ukrainian nationalists against the local Russian population, making any long-term unity of Ukraine next to impossible and probably lead to the eventual Russian annexation of the Russian-speaking areas of Ukraine.

>The purpose of Western sanctions against Russia should be to press Russia to withdraw its army from Ukraine and restore Ukrainian sovereignty and territorial integrity (minus Crimea). This however will inevitably now require some form of compromise with Russia on Ukrainian neutrality (but not membership of the Eurasian Union) and federalism. Short of the military defeat of the Russian army or the collapse of the Russian state, it appears impossible now to achieve unconditional Russian withdrawal from Ukraine.

>The alternative is for the United States to use sanctions not to change Russian policy in Ukraine, but to overthrow the regime in Russia itself by crippling the Russian state and economy. This would be a vastly more ambitious and dangerous project, and probably futile. The U.S. use of sanctions to bring about regime change has been a universal and unmitigated failure – in Cuba, Venezuela, Iraq, Iran and North Korea.

>Russia is much stronger than those states, and will probably receive much greater help from China, whose economy has now overtaken that of the United States. Such a strategy would sooner or later also open up a gulf between the United States and its European allies, involving as it would the indefinite sponsorship of an armed struggle in Ukraine, with all the consequences of that for Europe.

>Above all, Western sanctions should be intended to help the Ukrainian people. The latter strategy of guerilla warfare would instead instrumentalize Ukrainians as a weapon to weaken Russia and recall some of the worst U.S. actions of the Cold War, when Washington supported local insurgencies (sometimes led by evil figures like Jonas Savimbi and extremist ideologies like that of the Afghan Mujahedin), with no regard whatsoever for the interests of local peoples.

>Outside Europe, the Cold War was waged over the corpses of innumerable Africans, Asians and Central Americans, and there was often no moral difference at all between the “pro-Western” and “pro-Soviet forces.” For America to go down this path would be a betrayal of those very Ukrainians whom the U.S. administration says that it wants to help.